5 Memes Of The Greatest Wrestling Pic In History Ever

Yesterday, at the nerd-famous San Diego Comic Con, pro wrestling fans were on hand for the deluxe triple threat panel who would field their questions.

Contrary to the hipster catchphrase, you may have heard of them:
– The evil genius of ECW and hype master, Paul Heyman
– The cross-generational mega-star Immortal Hulk Hogan
– The leader of the YES Movement, Daniel Bryan

I don’t think any die-hard wrestling fan would be disappointed to walk into such a room. But, as things go, WWE decided to go one big step above our expectations.

They brought out Sting:

Which immediately drew me to this conclusion:

And, as the rush of the mark out faded, the heelbook in me kicked in:

#2 So That’s Why They’re All Together! 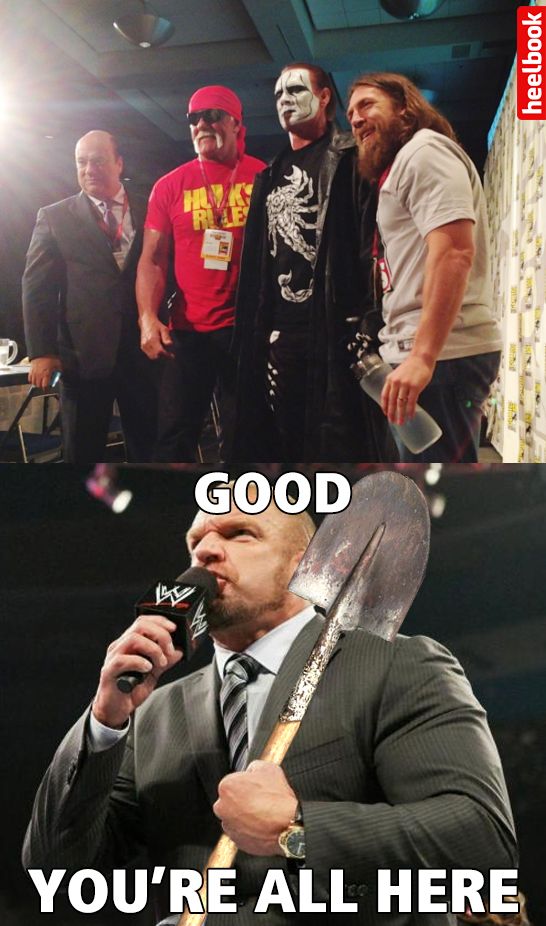 #3 The Indy Response: The TNA Guy in NJPW with the IWGP Title 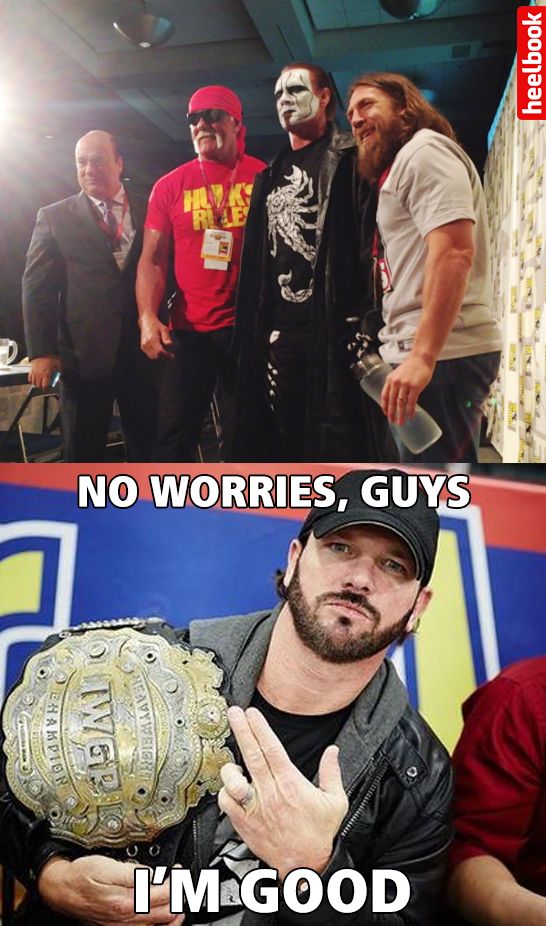 Zack Ryder can tell you what happens when that happens. Here’s a hint: “Da Da-Da Daaaa”

Did you enjoy Sting’s surprise appearance? Or are you already thinking of meme #6?

And THANK YOU very much for sticking around – I know these initial site glitches can test your heel patience.

Heelbook is a former social media page, now hellbent on wreaking havoc on the Internet.
Related Items
← Previous Story 6 Achievements Unlocked on Raw
Next Story → Bryan vs. Burglar in 9 Memes