Is it just me or were we treated to a special main event last night at Survivor Series? Given the last few months, I too am confused.

Or maybe it’s just the effects of the Survivor Series Drinking Game.

The big thing for me here is how amazing it is that the show still had its duds but the main event ended in such a cool way, it worked like a Men In Black Neuralyzer.

Despite bunnies, bulls, Big Shows, and a few other things I’ll get to below, last night was about this:

But, I’m getting ahead of myself. We need to start with the the pre-show, where these two things are the biggest takeaways for me:

2) Get Your Trailer Voice Ready… 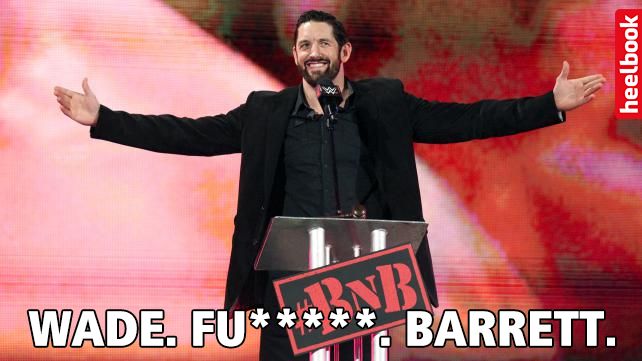 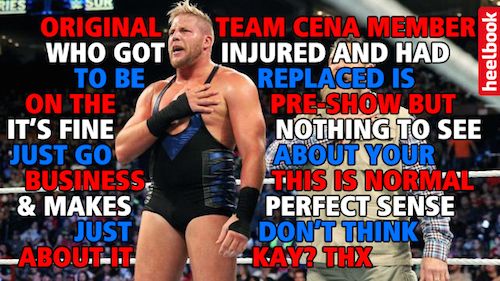 Then, the show itself started and we got the Tag Team Title Match. Needless to say, everyone performed as well as expected.

Yet, I must confess I expected the Dusts to walk away victorious. Not that I’m complaining, because: 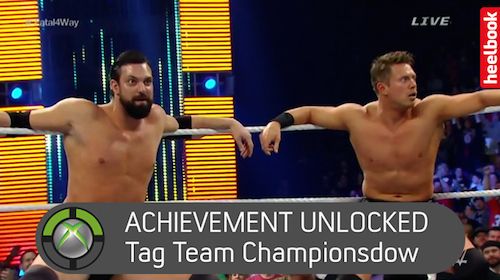 Last night seemed like a good indication that AJ is indeed leaving because the former Diva’s Champion was out of there quicker than CJ Parker wrestling Baron Corbin. 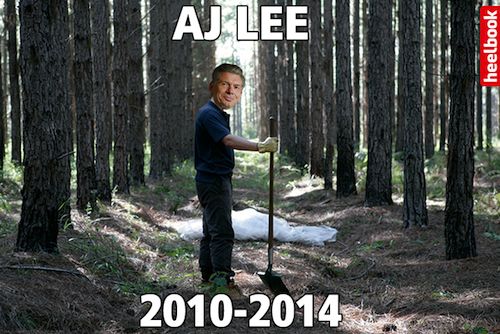 6) But I Did Admire The Strategy

Although some probably did not… 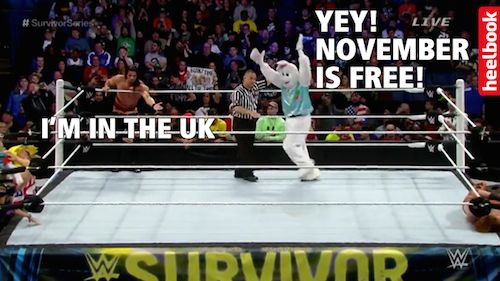 8) And now, the Main Event of the evening!

Can I get the negative stuff out of the way first?

The definition of sh** for brains. pic.twitter.com/WJXhT0JIUz 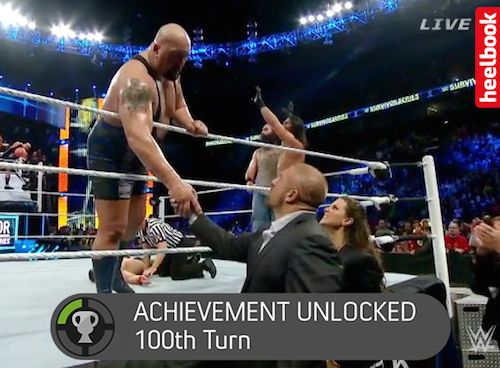 And who knew, only 90 of them were random.

10) The Culmination of 13 Years Of Anticipation

Finally, Sting is here. Say what you want about the man (and I have), his character was one of the most carefully built of the Monday Night Wars Era.

He has solid backing behind him and there’s just an aura that accompanies a man of his stature.

His mic work is always more than solid, he came out with a bang last night and, let’s face it, it was a very cool moment.

Thank you, Salgado for this idea.

I enjoyed the special extra touch on his paint. But I wonder if Triple did: 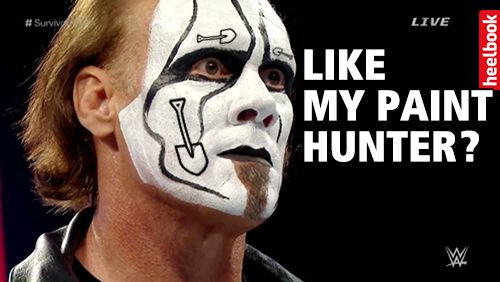 Along with Sting’s Debut, I was very happy my pre-event feeling wasn’t misplaced and Ziggler ended up being the wrestler rising to the occasion in this match.

It is deserved and, as he himself has said, “It’s about damn time.”

He kicked out at 2 almost 10 times? Was able to handle multiple interferences? 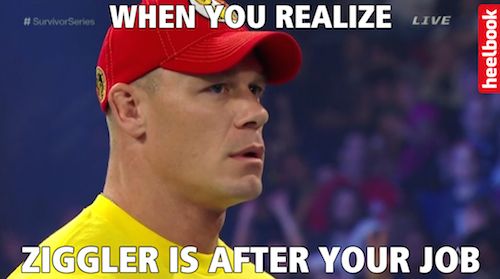 It’s good to feel this again! 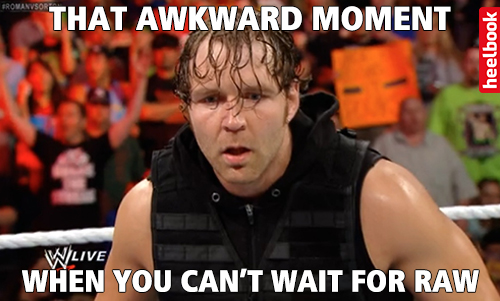 To wrap this up, let me announce the Heelbook Black Friday Deal: FREE SHIPPING for everything from Wednesday Nov. 26th until December 2nd. Discount code: HOLIDAY at both the US Store and the UK/Euro Store. 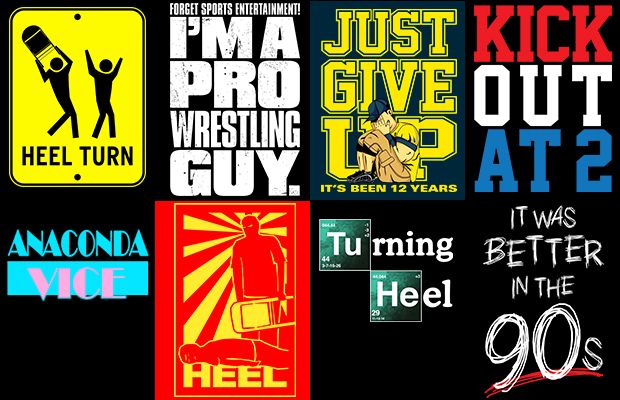 See you guys for Raw!