10 Highlights From The Austin-McMahon Podcast

Last night, the real show seemed to start after RAW.

A special episode of the Steve Austin Show put together its host, wrestling’s most profitable star, and the most prominent promoter in the business’s history.

Stone Cold and Vince McMahon spoke at length and Austin made his former boss jump right into the frying pan. There was no warm-up period.

They talked about CM Punk, Randy Savage, the WWE Network, The Undertaker’s Streak, the current roster and more.

These were the highlights:

While he didn’t get into anywhere near the detail CM Punk did in his Art Of Wrestling appearance, Vince was quick to issue an apology to Punk, for issuing his termination papers on the day of his wedding.

Vince justified this lapse in judgement by claiming WWE’s Legal and Talent Relations departments weren’t on the same page, causing the unfortunate timing of the situation.

McMahon’s apology was short but unequivocal.

As for anything else CM Punk said (which Vince did not hear directly), McMahon took a step back and opted not to retort in kind, stating he held out hope of once again working with Punk in the future, citing examples like Warrior, Hogan and Austin himself as wrestlers who came back after rough exits.

McMahon made it clear it was his decision to end The Streak, justifying it with his own business sense, Undertaker’s own desire to altruistically give back to the business and the fact that, given the prospect of ending The Streak, it made sense for Brock Lesnar to be the one responsible for its demise, in terms of who could make the most of such a colossal push.

3 – The Macho Man Will “Absolutely, Definitely” Be In The WWE Hall Of Fame

Not one to shy away from all the big questions, Austin brought on the Randy Savage question.

Will he be in the Hall of Fame? 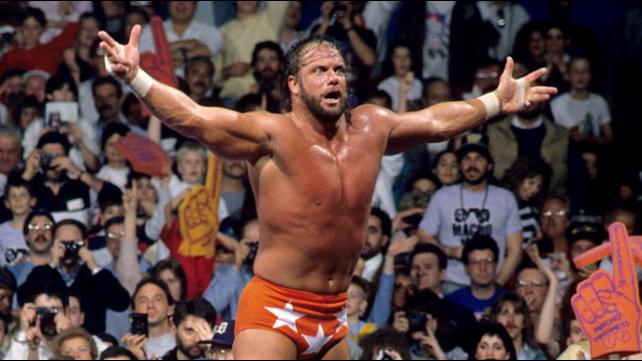 Considering Randy’s desire to be inducted, but only as a member of The Poffo Family, it will be intriguing to see this matter develop.

But one thing is for sure: on wrestling accomplishments alone, Randy Savage is the big missing piece to the WWE Hall Of Fame.

4 – “Pro Wrestling Is What My Father Did”

POW! That one could not have been made any more clear.

McMahon associated the term “pro wrestling” to what was done in the territory days, which contrasts with today’s “sports entertainment”.

While this discussion could take days, months, years, it seemed to me that Vince differentiates the two mostly as it relates to sports entertainment’s bigger use of not just storylines and character development, but also specific segments that don’t necessarily fall into the pro wrestling genre.

McMahon sees these two terms almost as eras, separated in time. Austin didn’t seem as keen to embrace this break between the concepts, labelling his singing and playing guitar with Kurt Angle back in 2001 as “sports entertainment”, but mentioning that once he got into the ring, he was doing “pro wrestling”.

I’ll move on to #5 before I succumb to the temptation to debate and dissect this for 50 paragraphs. 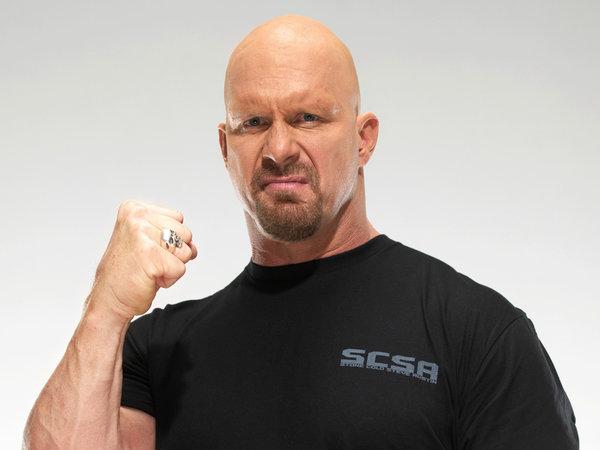 It was supposed to be $650,000! Yesterday, Austin detailed this story in public for the first time.

Once Austin and McMahon resolved their issues and Stone Cold agreed to come back to work in early 2002, Vince made it clear he intended to fine him, mostly as a means to deter other workers from doing a similar walkout in the future.

While McMahon wouldn’t dare set an exact date, he made it clear WWE is working on getting it ready as soon as possible and is expecting it to be good to go by early 2015.

7 – The Current Roster Isn’t As Ambitious

This was a big, big message to the roster.

For whatever reason, WWE’s head honcho doesn’t believe the men and women that serve as WWE Superstars today are not on the same level as the roster that made up the Austin Era, when it comes to sheer ambition.

Austin noted he felt the roster seem to “walk on eggshells” and look “trepidatious, a little afraid to go out on a limb because there is no other option [other than WWE]”.

McMahon replies by stating the roster seems to not be as willing to reach for the brass ring, as much as the Superstars did in the past.

He does name-drop John Cena, Bray Wyatt and all 3 former Shield members as people who have that quality, but ultimately stands by his belief that lack of ambition and fear of failure are at the core of the issue. 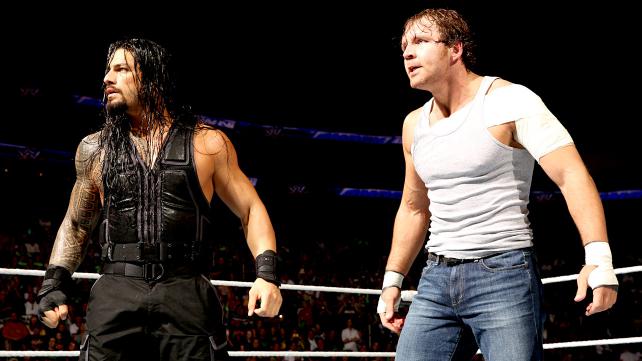 Vince finally mentions that, even though there are more tools at the roster’s disposal today (social media, TV production infrastructure), the current roster doesn’t possess the same ability to use them as a Stone Cold would.

This part of the podcast was very dispersed, as this is a very complex topic and one obviously wants to be careful with what is said, with the aforementioned current roster listening in.

But the bottom line, in my mind, is: Vince just sent the roster a message.

As the production team starts counting Austin down, prompting him to end the broadcast – despite him noting he still has more to ask – Vince McMahon makes the call to add 15 minutes to the show, just as it’s about to wrap up.

This is what WWE should embody, day in, day out. “This is so good… I’m going to give you more”.

And major thumbs up for making the call live and with no hesitation.

9 – McMahon Isn’t Sure How To Enhance Cesaro’s Push

While both Austin and Vince agree that Cesaro has massive potential and is great from a physical/mechanical standpoint, the WWE head honcho believes Cesaro is still lacking the verbal skills. “He doesn’t have ‘it'” – notes McMahon, while still putting over the Swiss’s existing skills.

When Austin asks him how Vince would make Cesaro’s star rise, Vince very honestly said “I don’t know”, in a very I-don’t-have-all-the-answers moment. 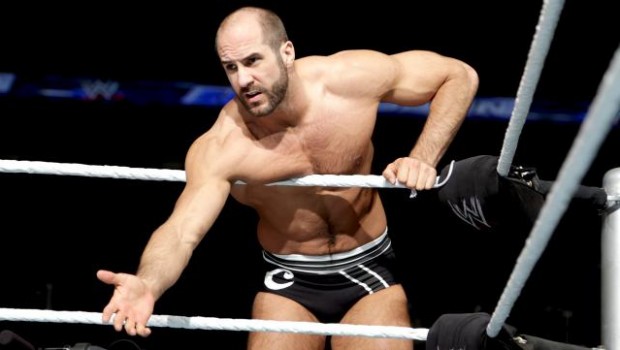 It is important to note Vince described Cesaro in a very polite and complimentary way, while not shying away from pointing out he still has work to do before being considered the well-rounded entertainer (that WWE usually targets).

10 – Vince Listens To The Audience

On his creative approach, Vince was very clear about two things:

a) His focus is the creation of compelling storylines and characters, so that the matches
that are booked involve superstars the audience cares about.

b) He listens to the audience, as it’s a major (if not the biggest) factor when it comes to deciding when to pull the plug and when to turn up the volume on someone’s push.

“If the audience doesn’t believe (…), it’s not gonna happen” – he noted to Steve Austin.

The most amazing thing about both those statements is that I really feel like they are hit and miss, when it comes to their execution.

On a), WWE has given us Stone Cold, The Rock, Mankind, Daniel Bryan‘s rise to WWE Champion status… but they also gave us Rusev vs. Ryder for weeks and weeks, a match with absolutely no storyline backbone. 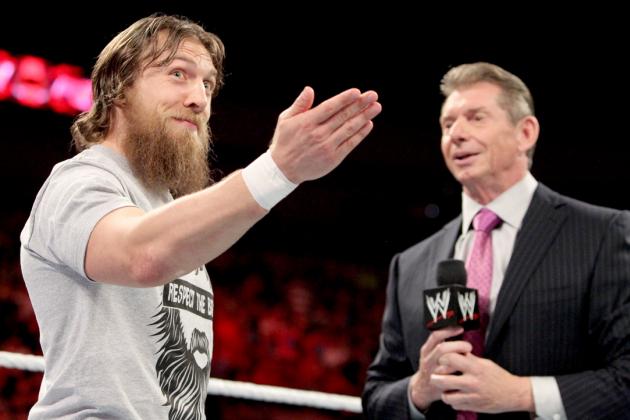 On b), we can all think of instances where Vince & Co. seemed to be doing anything but listening to the crowd – not to mention, in an unrelated note, this is the promotion that edits the crowd reaction of their second biggest weekly show.

But we can also remember that they did finally come around on Daniel Bryan’s WWE Title push, they gave Austin the ball when it clearly was his time, among many others.

The principles are unquestionably the right ones, but one must wonder if their execution warrants close inspection.

Nonetheless, it was a great hour and the kind of must-see TV a wrestling fan would love to be treated to every week.

Even thought the interview lasted only a bit over an hour, it still present a few more gems:

Vince compares Punk’s walkout to Austin’s, mentioning that both men’s ties with Jim Ross were pivotal to Austin’s return, as it got the two talking again. Vince doesn’t see such a line of communication with Punk, which obviously doesn’t help matters.

The territories ran themselves out of business

Rather than competing with WWF, Vince notes that most of the territories simply got out of Dodge, as most of the more prominent promoters had already made their money.

The exception was Bill Watts, but he ended up selling his UWF territory to Jim Crockett Promotions.

While true, this seems to leave the incredible mismanagement brought upon by the infamous Time Warner/AOL merger, which removed Bischoff & Co.’s creative and financial leeway and put WCW on a downward spiral that ultimately made it unprofitable.

To be fair, this was a short topic in a short interview, which means there’s a fine line between not going into great detail and revising history.

As Austin tells the tale of Vince’s (lack of) physical coordination as an in-ring performer, he also throws himself under the bus by mentioning his tight jean shorts frequently limited his ability to lift and stretch his legs.

The end result: the kick that preceded the Stone Cold Stunner would often hit Vince in the grapefruits, instead of his gut.

And what better note than that to end this recap.

What did you think of the interview?