Punk put all his cards on the table, name-dropping Vince, Triple H, Ryback and Chris “Doc” Amann in what was often a scathing review of Punk’s tenure in WWE. Which raised eyebrows. And 5 big questions.

I’ve done a serious and detailed recap of his interview. But let’s face it. You were waiting for the memes.

Did you notice this? 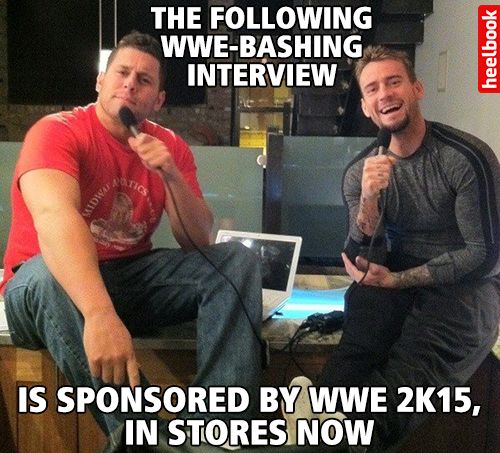 2 – The Most Positive Thing About The Interview

Removed from all the physical and mental stresses he listed, Punk is now a mostly happy camper: 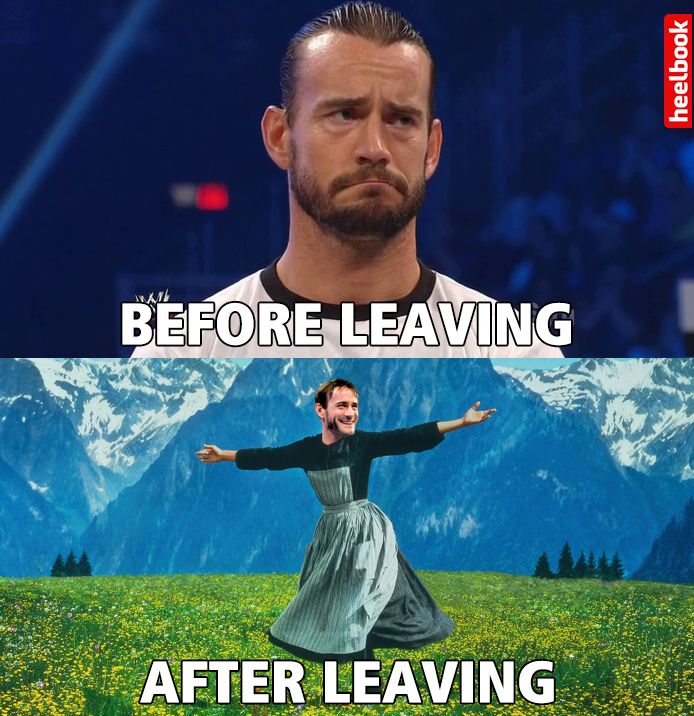 3 – Coming Back Too Soon

As Punk tells it, Vince called him several times during periods of recovery and convalescence for Punk to return early.

That explains why this happened: 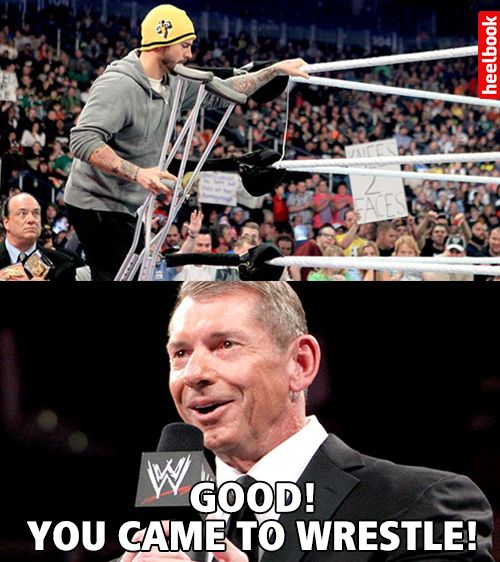 4 – Thankfully, it never got to this point: 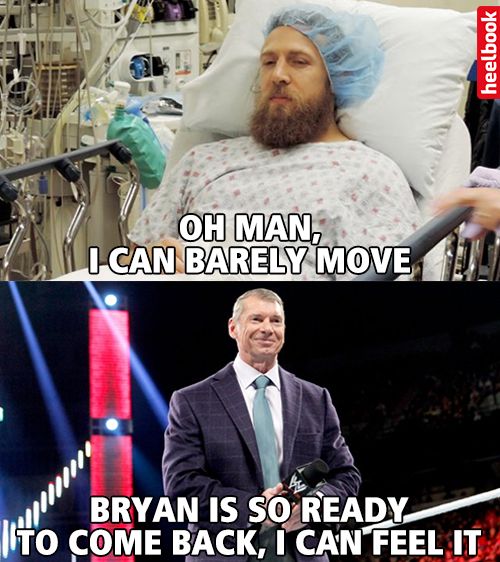 Punk had harsh words for Doc Amann’s medical conduct, to put it mildly.

To paint you a picture, it was a step away from this: 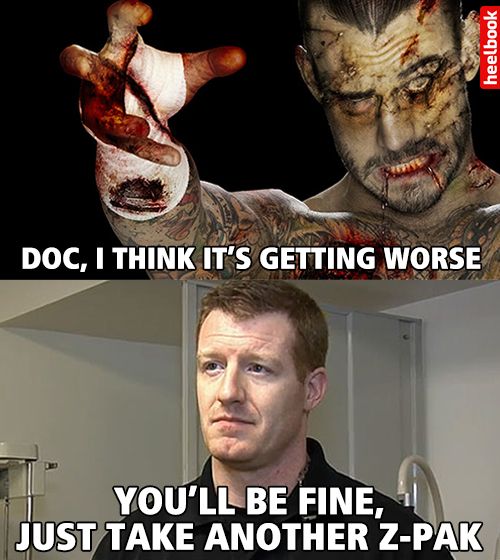 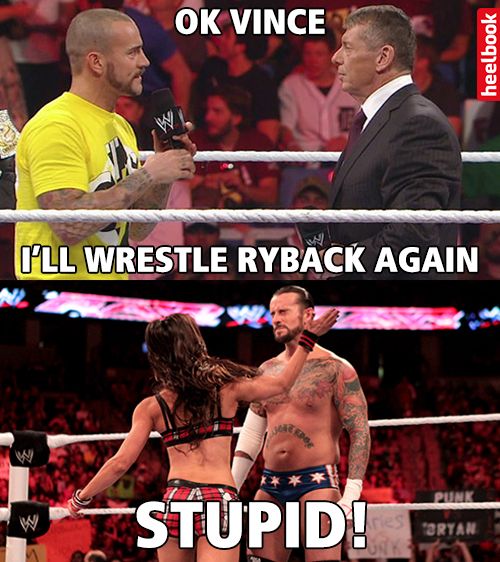 (To be clear, Punk didn’t state this in the podcast. But the pic was too good to pass up.)

7 – And Punk Clearly Suffered The Consequences 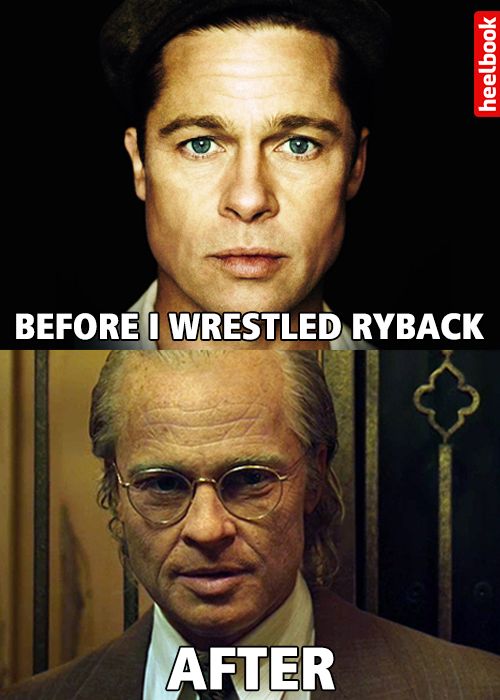 When Punk and Vince butt heads on the whole “part-timers getting over the full-timers” thing, Punk suggests Vince does the following, so Punk can take a breather: 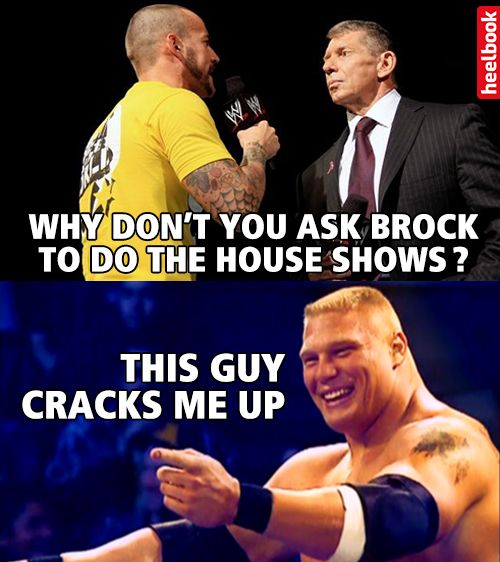 9 – From PPV to the WWE Network

PPVs cost roughly between 50 and 70 dollars. But the Network was 9.99 a month, PPVs included.

How would the wrestlers get paid PPV-type points?

According to Punk, all he got from Vince was the run-around. 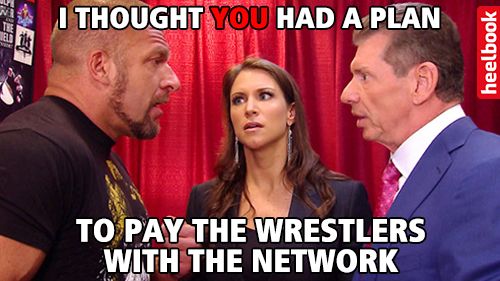 The Straight-Edge Superstar quickly mentions he asked Triple H if he took the same drug test he was touting Batista took and he wants Punk to take.

It isn’t the first this topic has come up.

Could this be a real thing? 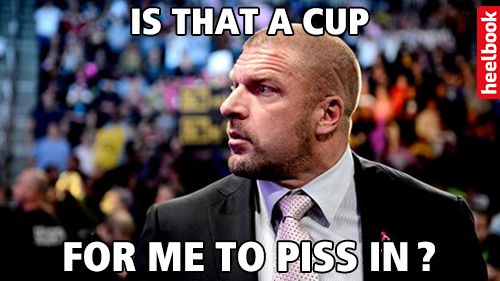 The former WWE Champion also takes aim at the apparent absence of long-term storyline plans from WWE Creative, going as far as stating Vince’s focal point was “What is Cena doing?”. 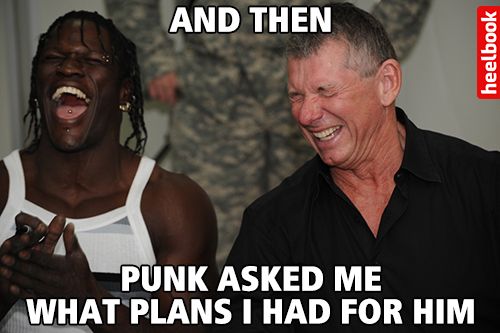 Punk re-tells the tale of wanting to walk Chael Sonnen out the UFC octagon for a fight in Chicago.

Vince refuses, remarking UFC is barbaric and one day someone will die in the cage. Oh, but that’s not all, he then asks Punk if he knows women are going to be fighting in the UFC. 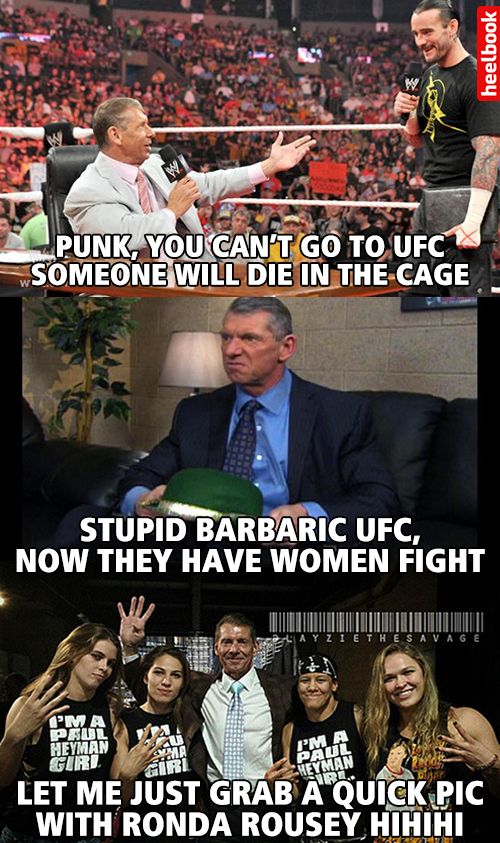 As the interview comes to a head, CM Punk recounts his wedding day contained a very ominous stroll to his mailbox.

Therein was a letter from WWE. His termination papers.

Given that Punk had told Triple H the timing of his wedding, he was comfortable stating that the fact the letter arrived when it did was no accident. 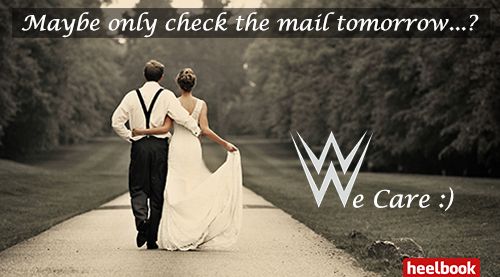 Finally, if you’re a fan of Heelbook, let me remind you can get FREE SHIPPING on everything at both the US and the UK/Euro store until tomorrow, December 2nd.

I guess congratulations are in order: