And who knew: TLC didn’t measure up to NXT R-Evolution. You’re shocked, I know. As am I.

Also a little hungover because I thought it was a good idea to play my own TLC Drinking Game.

Anyway, I need to confess something:

Regardless, there were good moments and there were funny moments. So let’s dive in:

1 – It Was All Downhill From The Opener

Ziggler vs. Harper was the highlight of the night. But Ryback vs. Kane was a close second. I’ll leave to you to figure out if that last part was sarcasm. 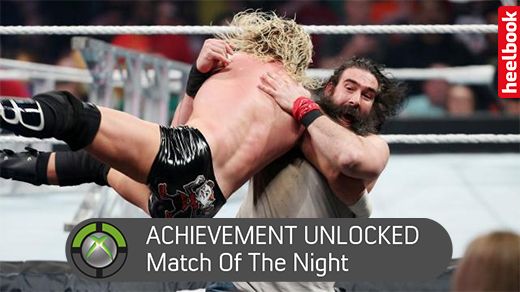 One thing is for sure about Dolph’s career: 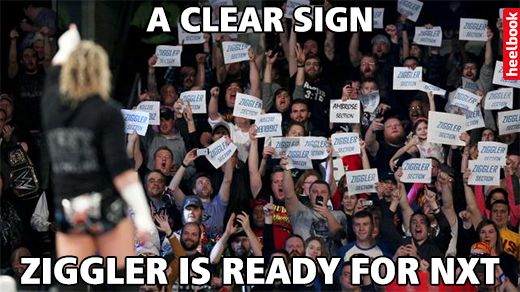 To be fair, he has the distinct advantage of not being Swiss.

Thank you, Sascha Funk, for the idea.

During his post-interference interview, you may have noticed Roman Reigns decl — declare this: 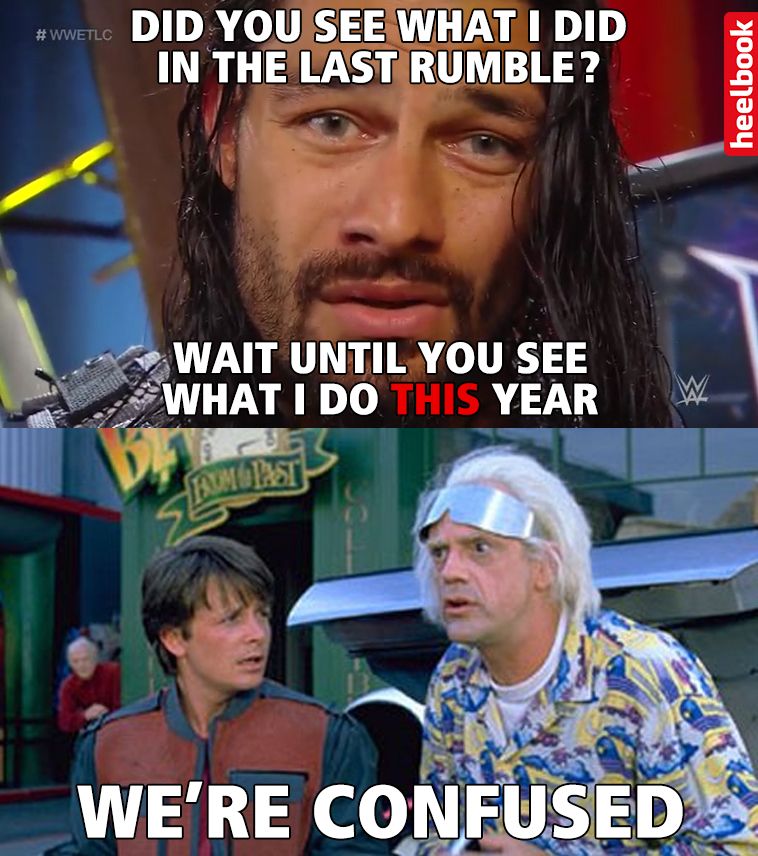 The wrestling world is clearly ready to enter the Reigns Era.

If you can’t make it out, it’s the inevitable “This sign makes Roman Reigns look strong!”.

5 – Work On Your Self-Esteem 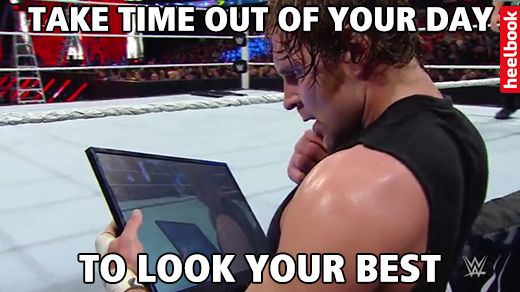 Man, the crowd was assassinated here, especially during Kane vs. Ryback. But I’m sure Vince thought both were stellar efforts.

But next time, the matches have to be on Smackdown. 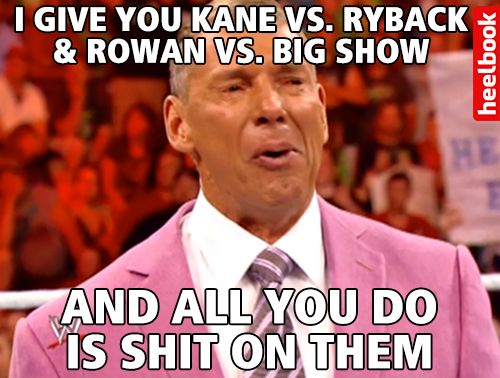 The refs argue about who hit the table first. They resort to the replay.

Here’s the thing, grasshoppers. If you establish that instant replay is possible, it’s also possible to show that Cena had already won the match. Unless everyone in the production truck also collapses every time there’s a ref bump.

In that case, I apologize and wish you nothing but the best of luck. 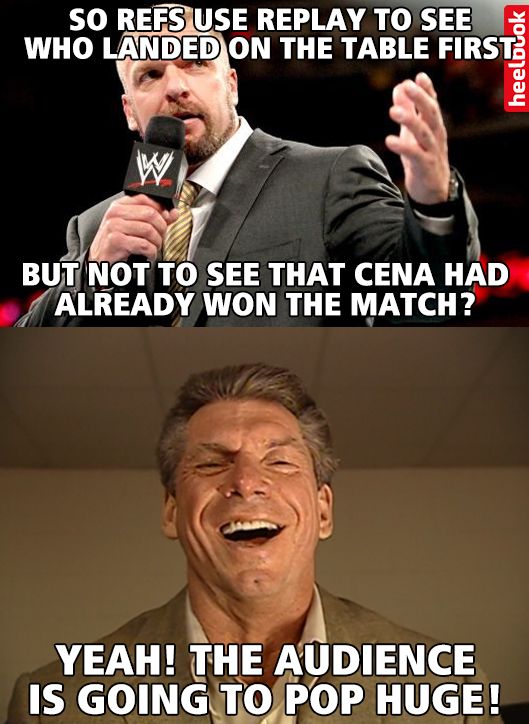 WWE sure love their overbooked finishes. I’ve written about the pros and cons of this kind of finishes at length, and this mostly sucks because of the potential of both Ambrose and Wyatt.

But hey, maybe WWE has a point, because: 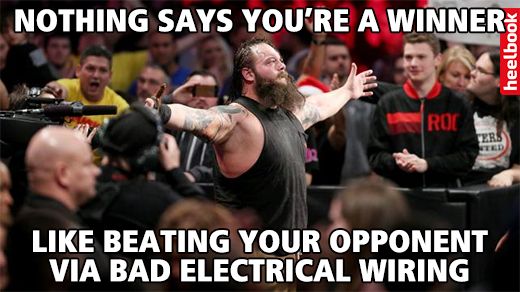 Man has a point:

10 – But I Know What Really Happened: 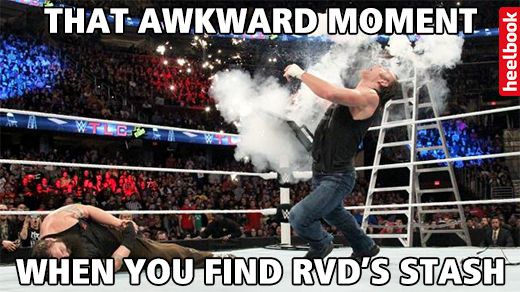 11 – In Conclusion, Your Honor

It was, unfortunately, no R-Evolution: 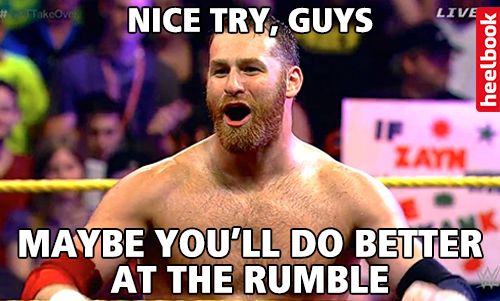 Finally, let me remind that you’re not bound by other people’s wrestling shirts and designs.

Which begs the question:

Just click the image to check out the Heelbook Designer and email me if you have questions. (Not to be confused with the Personalize section)