Home / Articles / The Pros & Cons of Enzo as Champ

The Pros & Cons of Enzo as Champ

The Zo Show has critics. And it has… OK. It has mostly critics.

But, as an indy booker/showrunner, I decided to put my “student of the game” hat on and dissect the merits and pitfalls of putting the Cruiserweight strap on someone like Enzo. Feel free to contribute in the comments.

By the end, I hope to also broach the reasons why a lot of fans – me included – were already rolling their eyes at the prospect of Enzo being champion.

While 205 Live has solid performers – both in the ring and on the mic – one can make the argument that Enzo has everyone beat when it comes to the “gift of jab”.

He epitomises a lot of what you want in an engaging promo:

From this perspective, he’s a welcome addition to any roster.

If only it stopped there. Question:

Con #1 – Does It Lower the Standard

The Cruiserweight division was built on a huge tournament where the name of the game was wrestling.

The CWC was, arguably, the best standalone product WWE put out in 2016. It centered everything around the wrestling, which made storytelling way more linear, paced and to-the-point than your usual Raw.

Putting the Cruiserweight Title on a man who got a concussion after wrongly performing a ring exit under the bottom rope, hitting his head on said rope and then the mat, doesn’t strike me as consistent for the product created by the CWC.

In other words: if you’ve seen Enzo wrestle, you know he isn’t Neville. He isn’t even one of those opening-round cruiserweights with questionable talent.

In that sense, he’s a lowering of the standard. If one expects the Cruiserweight Champion to light up the joint with his high-flying, innovative storytelling, Enzo will only give you wise-cracks and low blows.

This would be enough to consider “Project Enzo” an error in judgement, but what if we consider:

Pro #2 – The Benefits of Unpredictability & Contrast

If WWE is also going for a shock of unpredictability, they certainly put a steady flow of current through our bodies.

But, IMhO, being unpredictable just for the hell of it is a bad bet. See Corbin’s cash-in. 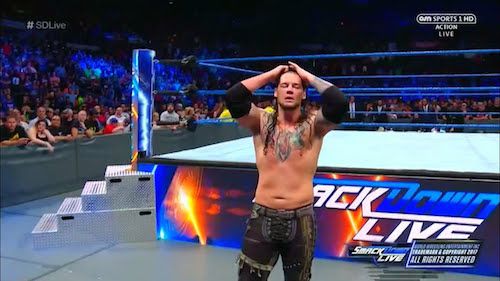 Unpredictability can work well in a story. But, like any other story element, it needs to be inserted into a bigger picture: namely, establishing performers. Someone has to get over.

That said, Enzo being champion is reason enough to establish that “anything can happen” in the Cruiserweight division. If that was the idea, mission accomplished.

Oh. And an additional purpose is served. By going from Neville to Enzo, fans get a very, VERY, clear grasp of the contrast. The contrast between high-level performers like Neville and… Enzo, who have difficulty baseball sliding out of the ring.

This contrast can actually be used to make fans long for a technically-sound, exciting champion… instead of a smart-ass who is clearly more suited to be a manager than a wrestler. In that sense, he’s a heel you want to see lose, so the division can returned to its exciting ways. 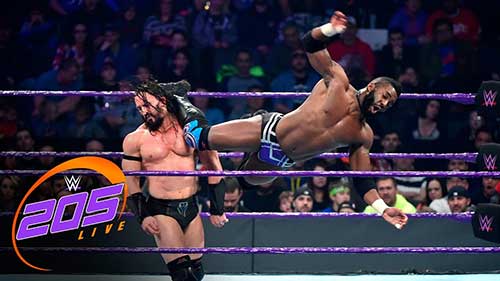 Con #2 – Does it Send the Wrong Message?

As I’ve already mentioned, Enzo isn’t exactly an unnatural combination of Bruno Sammartino, Bret Hart and Tiger Mask. He seems to be more James Ellsworth with the uncertainty and injury proneness of a new arrival at NXT.

What does that do for morale in the 205 locker room?

Depending on the wrestler, one can definitely handle the fact that a below-average wrestler has your division’s belt, if you understand the rationale behind it: he gets more heat and that can have a positive impact on the entire show.

I’m not as sure most wrestlers can swallow the notion that an uber-limited wrestler like Enzo relieved Neville of their title.

“Don’t worry about building your in-ring arsenal. Protecting yourself. You can still be a champion without any of that.”

As a booker (granted, on a smaller level), I would have hesitation to pull this off. Sure, you may the one who decides what goes down. But if you don’t at least think of the impact your decisions will have on the roster, you’re sending a wide variety of negative signals to the boys and girls in the back.

Basically, it’s heat vs. morale. And different locker rooms will absorb such a decision differently.

Pro #3 – Someone Will Beat Him… and Get Over

The good thing about having a hated heel, one that even blurrs the lines between kayfabe and reality, is that it’s a rare breed in modern day wrestling: you really, REALLY, want to see him lose.

Which means that, however does, will be your new best friend.

Enzo gets over by being the prick that puts the Cruiserweight division under reputational siege. And whoever beats him gets to return it to its glory. 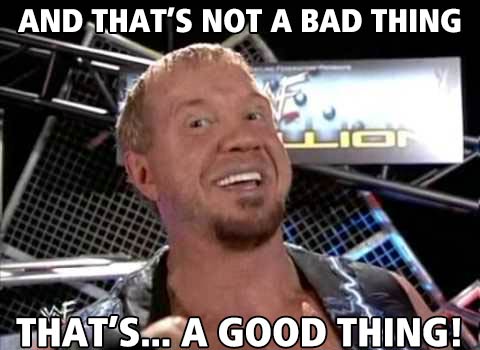 And now, for what I believe is the major reason this raises such a stink.

While WWE comes up with the occasional well-crafted story (see Ambrose-Rollins reunion), their track record over the last few years is mostly atrocious.

Why? Because if you feel more invested when a TV show develops its characters through conflict and linear storytelling, WWE has mostly left that business.

Save for putting some storytelling hussle behind some major angles, WWE has spent the last few years offering way more disappointments than pleasant surprises. 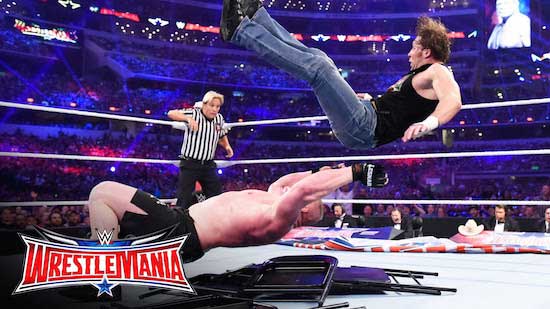 I’m sure I’m not the only one who hears of a new story in WWE, starts to get a bit excited, but then remembers their track record and thinks: “This will somehow end up pissing me off.”

And while Enzo’s Cruiserweight Title run certainly has the downsides I discussed above, I think this is the major issue.

A lot of fans, me included, no longer have the patience of an invested TV viewer. We’ve seen too many stories filled with potential turn to ash in a blaze of bad booking.

Let’s face it. Just like Cesaro, WWE storytelling has had more teeth.

Add to this… one can make the argument WWE has never had such a huge disparity between:

I’m tired. I’m out of patience. And Enzo walks through the door, carrying the Cruiserweight Championship. He’s not going to be welcomed with open arms.

I’d love to know your thoughts. Hit me up in the comments.

Note: unfortunately, I felt Enzo’s spot could have been Drew Gulak’s, as his character is all about downplaying and dragging the cruiserweight style through the mud. Maybe they’ll go to the well twice…

Heelbook is a former social media page, now hellbent on wreaking havoc on the Internet.
Related Items
← Previous Story Backlash 2017 Drinking Game
Next Story → Is Roman in The Shield A Good Idea?