Home / Articles / How To Book Ronda Rousey in WWE

How To Book Ronda Rousey in WWE

Ronda Rousey has the potential to be WWE’s biggest signing since Brock Lesnar.

Despite 2 crushing losses to (presumably) close out her UFC career, she should retain a considerable part of her mainstream appeal, which is a pivotal point of attraction for WWE. 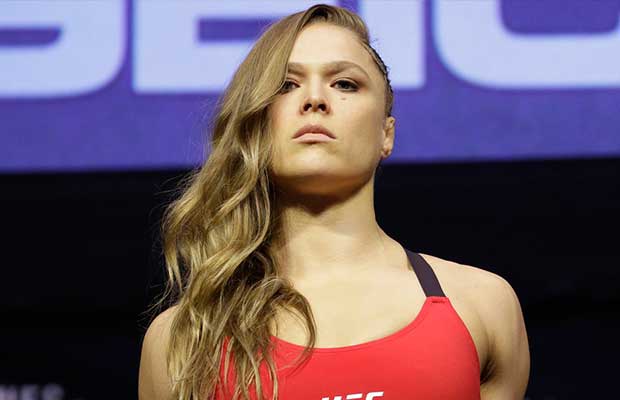 I’m halfway through Wrestling Portugal’s Season 2 bookings but I can’t seem to shake thinking about how a wrestling booker can tell the best story with this rare specimen: the woman who brought Women’s MMA to the forefront.

Therefore, without further ado, let’s dive into how to book Ronda Rousey in WWE so I can go back to minding (and booking) my own business.

Unless she’s the female version of Kurt Angle, she won’t be picking up psychology, technique and promos at light speed.

This means it’s in WWE’s best interest to limit her ring and promo time, as it’s way easier for an inexperienced – but highly scrutinized – performer to look good in a short segment than packs a punch, than a long segment where her shortcomings can be exposed. 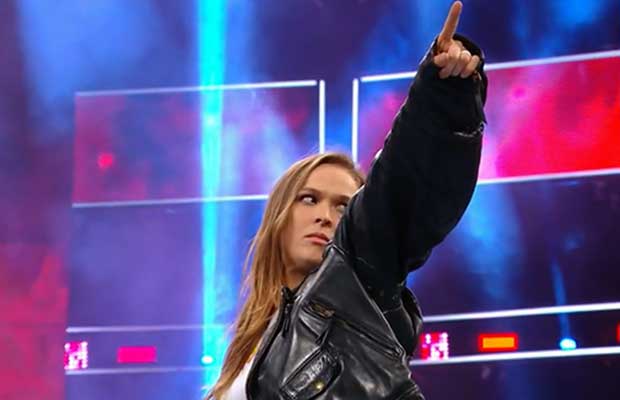 In the meantime, she can and should maximize her training time with all the NXT Performance Center has to offer, from the fundamentals, to promos to how one builds a match.

2 – Surround Her With Ring Generals

With an inexperienced but high-value performer, your best ticket is to pair her with well-seasoned veterans who can, if necessary, carry her through more demanding segments, like a singles match or a confrontational promo.

If she is performing alongside experienced stars, her burden diminishes, some of the pressure is off and, basically, she doesn’t get tossed to the wolves.

If I were to guess, I would predict her matches will be heavily-scripted, as she’s a huge investment for WWE and will be protected ad nauseam. 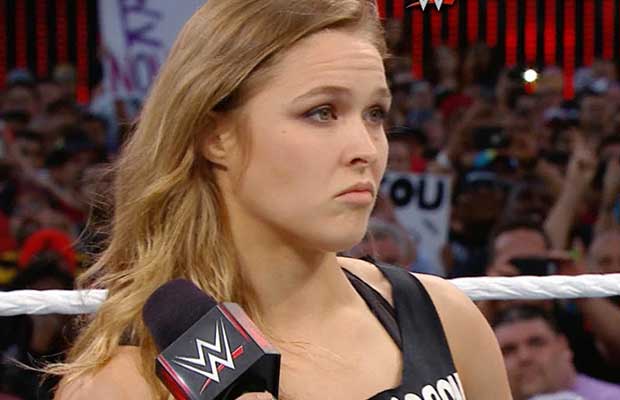 With a ring general across the ring from her, she won’t have to remember every spot of the match and she’ll have someone who remains calm throughout the segment, should Rousey forget moments in the match or buckle in some other way – which, by the way, would only be normal.

This is why her Wrestlemania 31 segment with Triple H, Stephanie McMahon and The Rock worked so well. The heavy lifting was done by her co-stars in the segment, leaving her to do what she was most comfortable with: looking like a bad ass, delivering a few short but meaningful phrases and ultimately rag-dolling Triple H. 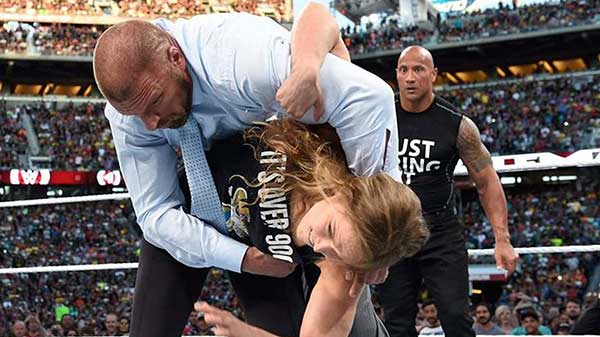 It was a thing of beauty.

Another way to minimize her risk of being exposed and hurting an important segment (like a Wrestlemania match) is to shy away from a singles match.

We just talked about Triple H, Stephanie and The Rock. Why not a tag match? Yes, The Rock is always a tough get, I know.

But, save for the fact that Ronda shook Stephanie’s hand at the Royal Rumble in an amicable way, it seems like a very easy feud to set up. 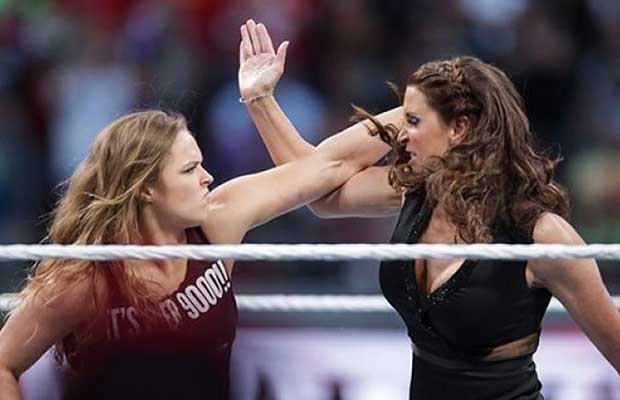 Not to mention, a blockbuster of a match, where Ronda can be the focus without doing a lot of heavy lifting.

Another idea would be to insert her into a multi-person Women’s match (Fatal 4, 6-Pack, Turmoil,…), where her role would, again, not call for too much heavy lifting for her level of experience.

I think it would be easy to succumb to the temptation of booking her like a Brock Lesnar: a special attraction that turns John Cena and Randy Orton into roadkill at Summerslam. 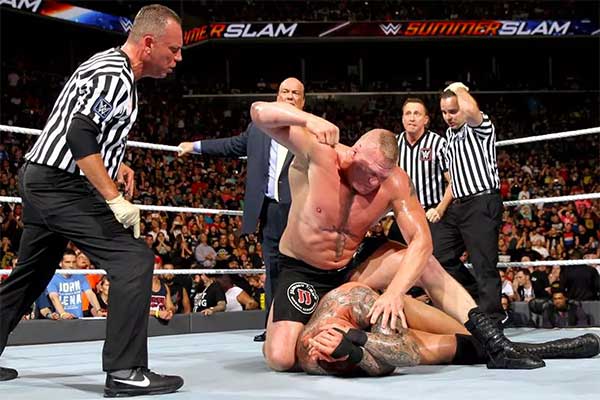 From my view, this isn’t the best scenario, for a women’s division that is still struggling to elevate their stars from promising, well-loved performers to bona fide main event marquee players.

Charlotte, Asuka, Alexa, Bayley, Sasha and Becky are very talented, but need more time, storylines with bigger conflicts and fresh opponents to keep cementing their position on the roster.

They would be best served by fighting Ronda Rousey in (at least) a relatively balanced way, so she can elevate their profile while she benefits from their experience and ring savvy. 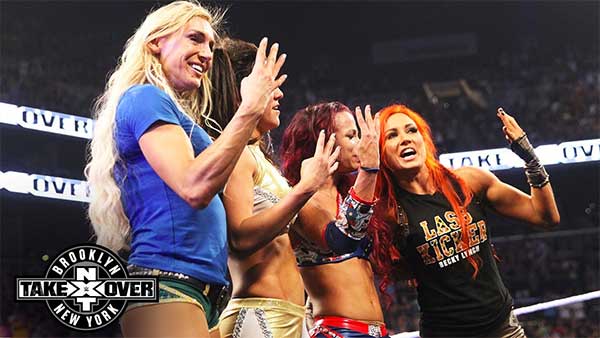 Maybe Ronda gets overconfident (just like in MMA), maybe she makes a rookie mistake or two… there are meaningful ways for her to lose without turning her into a laughing stock or extinguishing her heat.

After all, how many times have wrestlers like Chris Jericho and Johnny Gargano lost matches without that having a negative impact on our perception of them?

By giving her a Brock Lesnar, WWE risks two things: 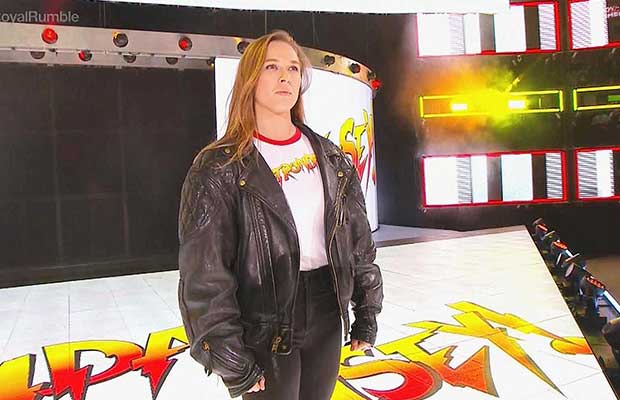 And, if there’s an asset who just can’t go around in pro wrestling: it’s experience.

Keep her protected, but use her presence to help the rest of your roster out.

Heelbook is a former social media page, now hellbent on wreaking havoc on the Internet.
Related Itemsfeatured
← Previous Story Your Monday Night Raw Report… in Memes!
Next Story → The RAW Where Seth Rollins Became A Legend… in Memes!