Home / Articles / How Many of these 13 Wrestling References Do You Get?

How Many of these 13 Wrestling References Do You Get? 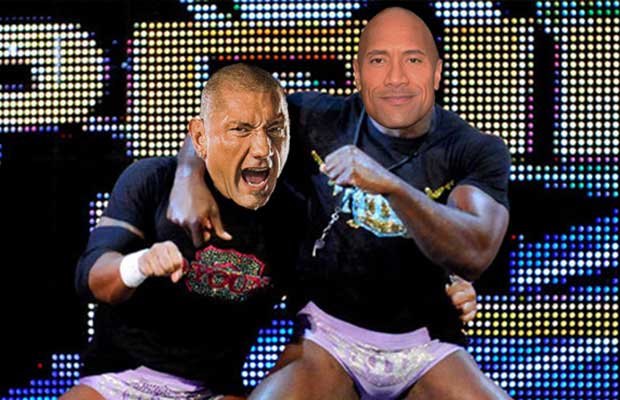 Let’s see how your wrestling memories hold up under scrutiny.

Let me know how many of these you got in the comments. 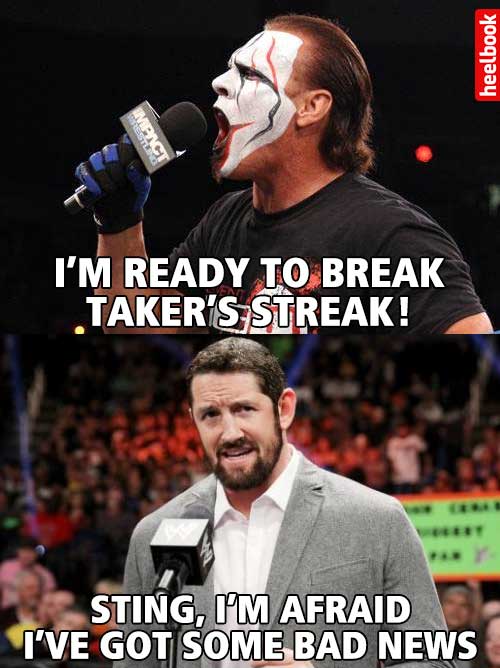 Did You Get It? In 2014, Sting hadn’t signed with WWE yet and was renewing yearly with TNA. For long, fans fantasized about a Taker-Sting program at Wrestlemania, with Taker’s streak on the line. But, at Wrestlemania 30, Brock Lesnar became the first man to defeat The Undertaker at Mania. 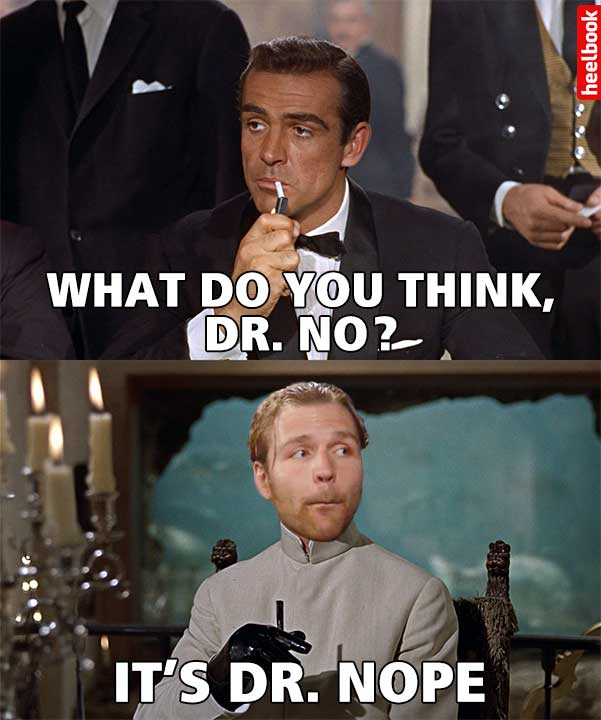 Did You Get It? Ambrose’s first quotable line in WWE was, when asked if the Shield were trying to help Punk is their debut run-in, to simply reply: “Nope”, and stare at the interviewer with a mischievous face. 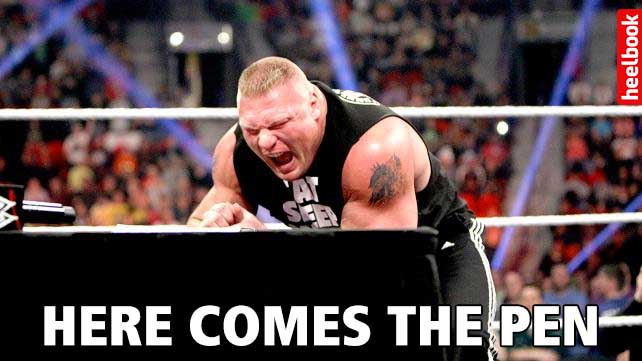 Did You Get It? Brock’s “Here Comes The Pain” catchphrase, adapted to our Undertaker stabbed him with a pen in their Wrestlemania 30 contract signing. 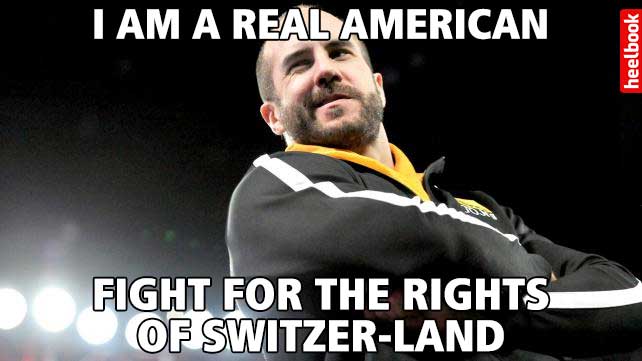 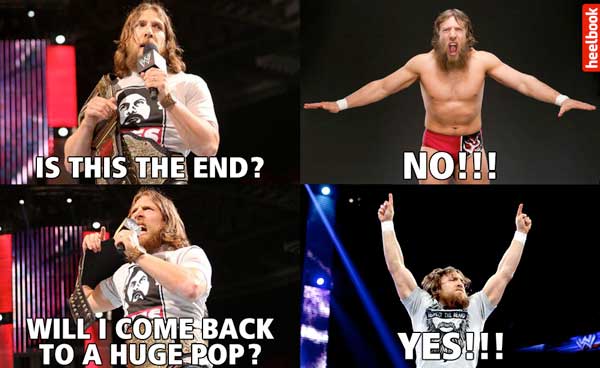 Did You Get It? When Bryan left in 2014 to heal up, he cut a promo this promo. Not really a reference, I know. I just wanted you to remember how farfetched it sounded but how he still managed to come back. Twice. 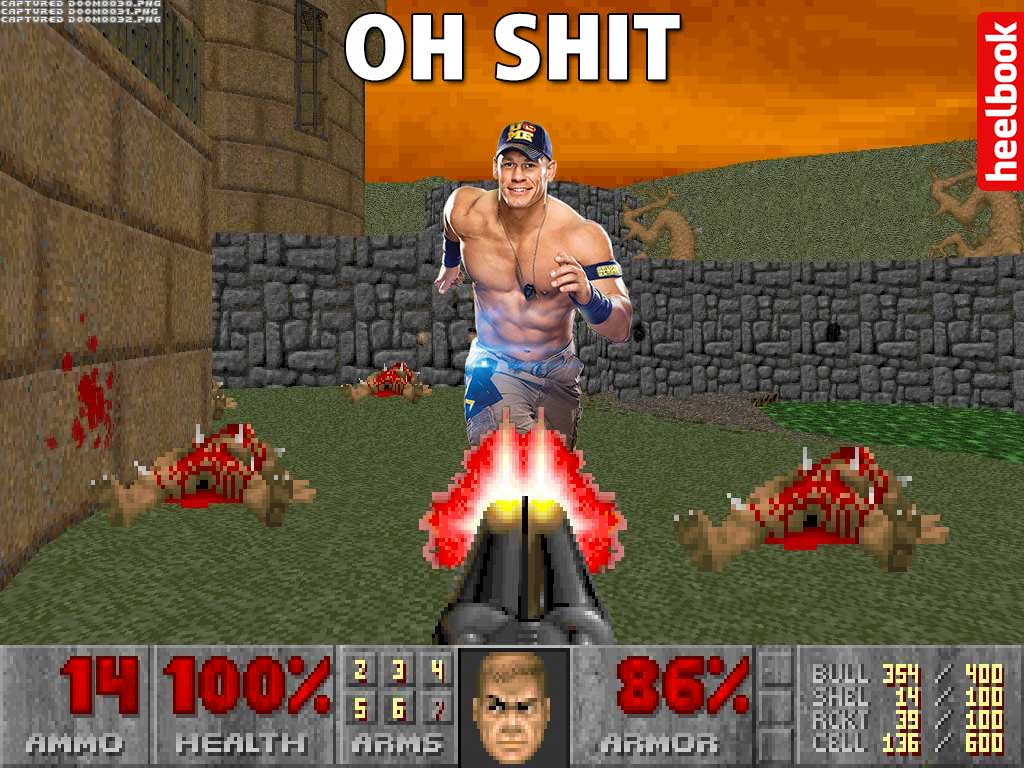 Did You Get It? At the height of being unstoppable, it seemed like Cena could kick out at 2 from any move. Therefore, it would only be normal for someone to become somewhat stressed if he appeared in front of you in a game like Doom. After all, you’ll eventually run out of bullets, shells, rockets and energy cells. 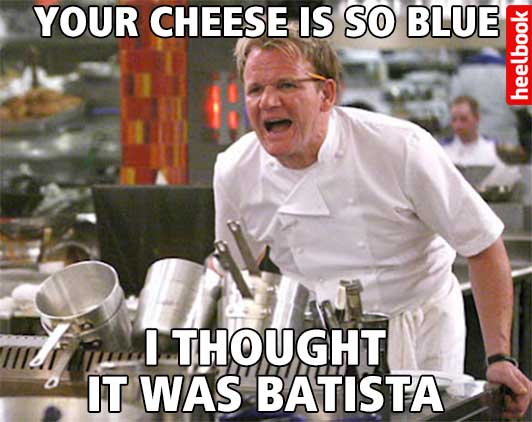 Did You Get It? Gordon Ramsay’s classic meme converted into a wrestling reference, from when Batista became Bluetista, thanks to his epically blue fighting attire. 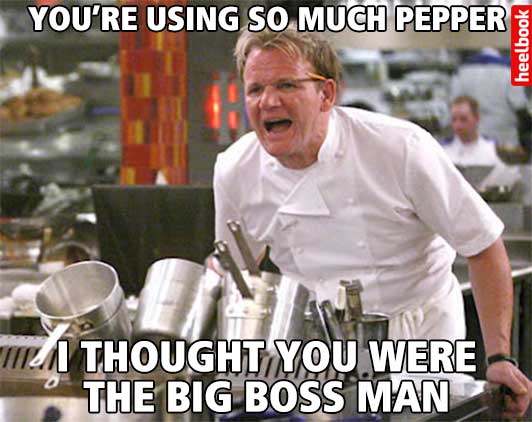 Did You Get It? Gordon Ramsay is back for a 1999 reference, from when he kidnapped and cooked Al Snow’s dog Pepper. Then fed it to him. If you missed this storyline, you shouldn’t feel bad. 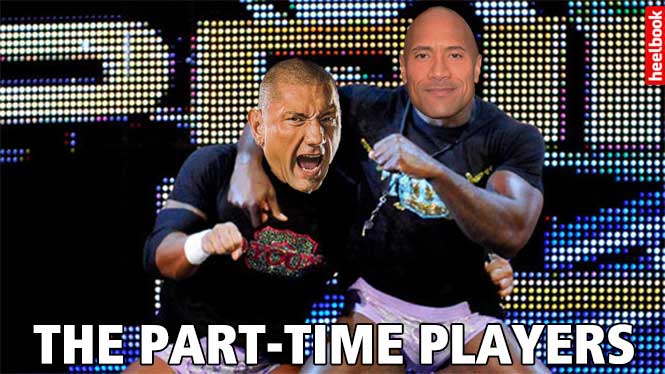 Did You Get It? Known as the Primetime Players, Titus O’Neil and Darren Young were around for a while. Part-time wrestlers, on the other hand, are still around, because they make… MILLIONS O’DOLLARS, MILLIONS O’DOLLARS! 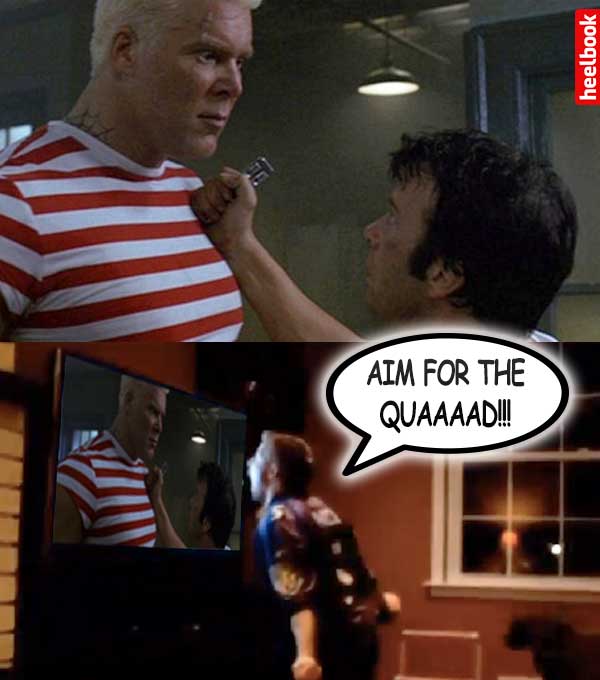 Did You Get It? In 2004, Kevin Nash played The Russian in “The Punisher”. In his fight with the title character, he looks unstoppable early on, which could prompt a more knowledgeable wrestling fan to shout instructions at Frank Castle, to explore Nash’s world-renowned weak quads. 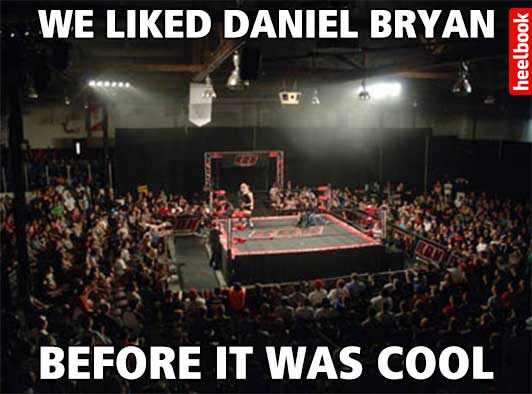 Did You Get It? At the height of Bryan’s WWE popularity (2014), it was tempting for a long-time fan to point out he’d been a big admirer of Bryan Danielson, ever since his Ring Of Honor days. 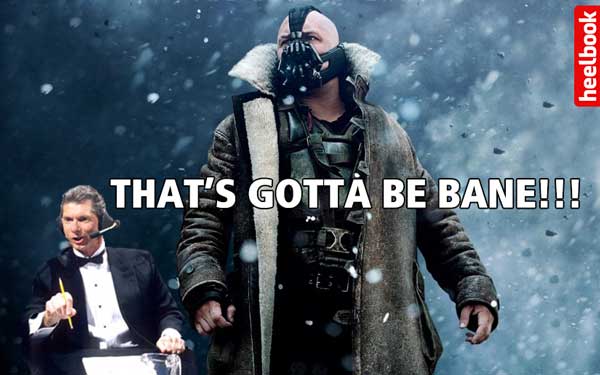 Did You Get It? One of Vince McMahon’s most famous lines as an announcer is from Kane’s debut appearance in 1997’s “Badd Blood” pay-per-view. In The Dark Knight Rises, his work went a bit unnoticed. 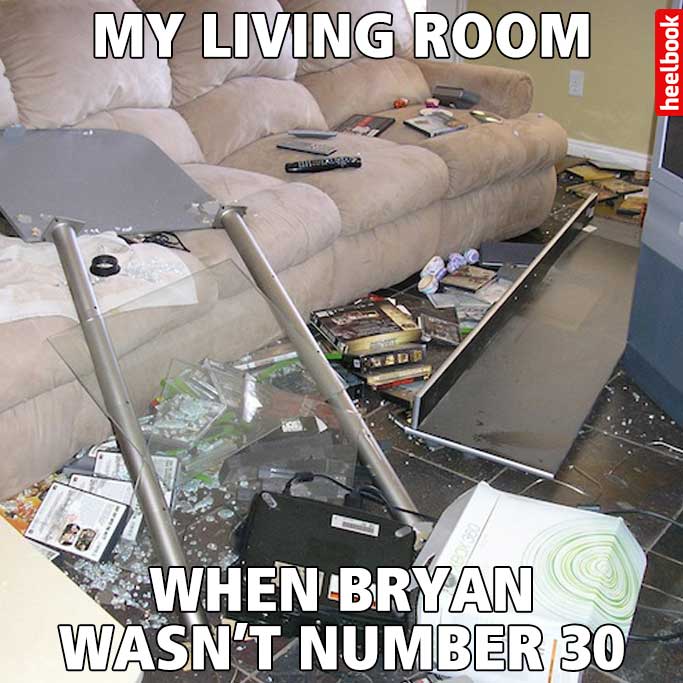 Did You Get It? Well, my living room sure did. At the 2014 Royal Rumble, the fans were expectant, as 29 men had already entered and Daniel Bryan still hadn’t made his appearances. Then, after the buzzer, out came Rey Mysterio. A life-long babyface, that got booed as fans wanted to let the office know Bryan was their guy.

So… how many did you remember?

Heelbook is a former social media page, now hellbent on wreaking havoc on the Internet.
Related Itemsfeatured
← Previous Story The RAW After Wrestlemania… IN MEMES!