This Wrestlemania had the best and the worst WWE has to offer. Sometimes in the same segment.

Nonetheless, a lot of noteworthy – dare I even say, memeable – moments. So let’s get right on down to it! 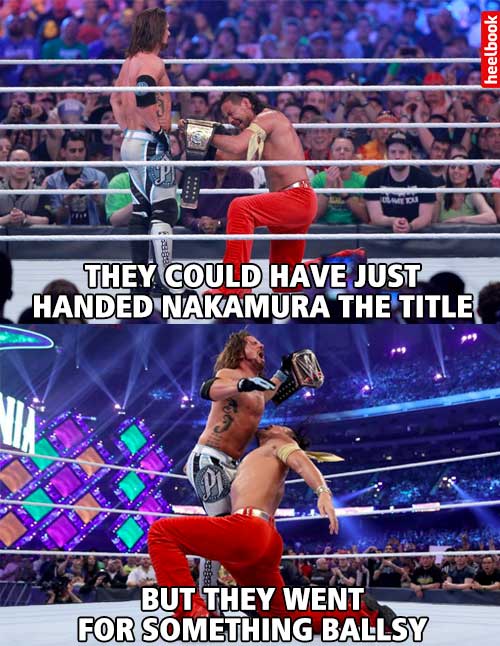 … what the ref say to Cena?? (gotta love the suspense the announce teamtried to put on the moments) 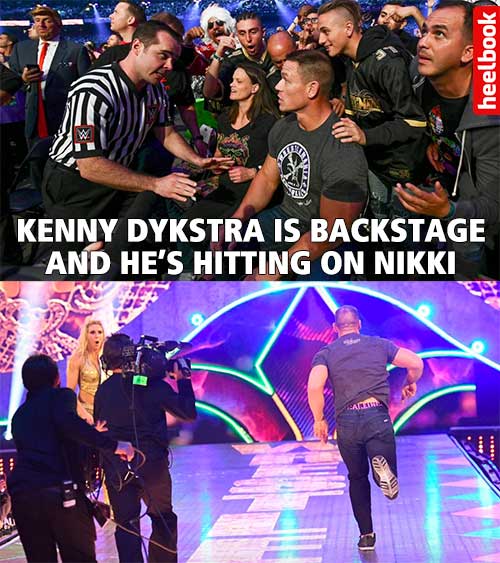 An extra minute and he would’ve been exposed. 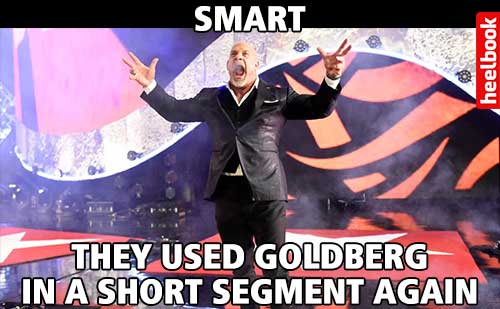 You gotta believe this happened for a reason. 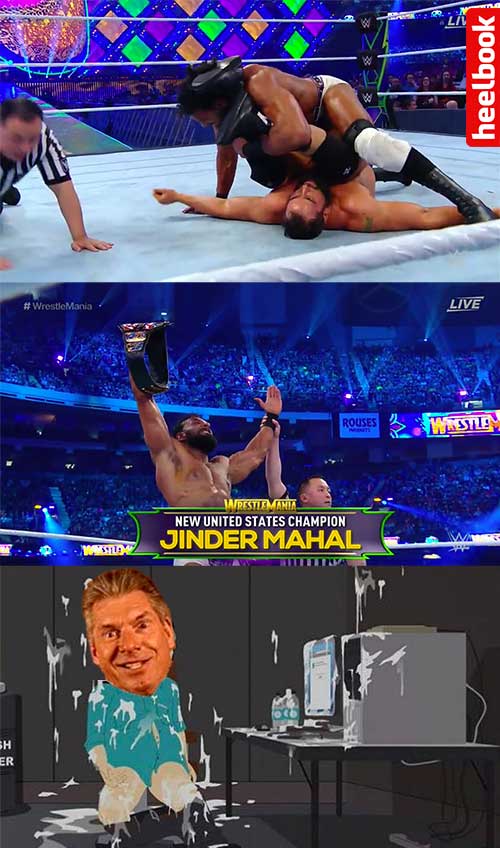 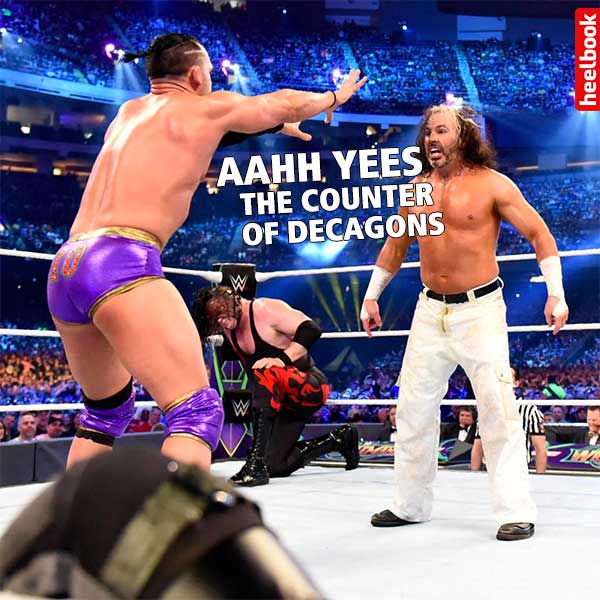 We got to see a nice twist: 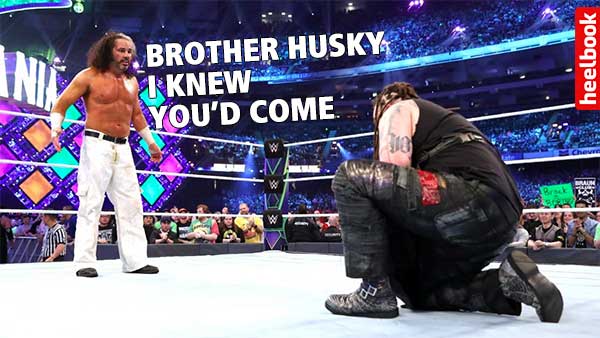 … For Harper and Rowan. 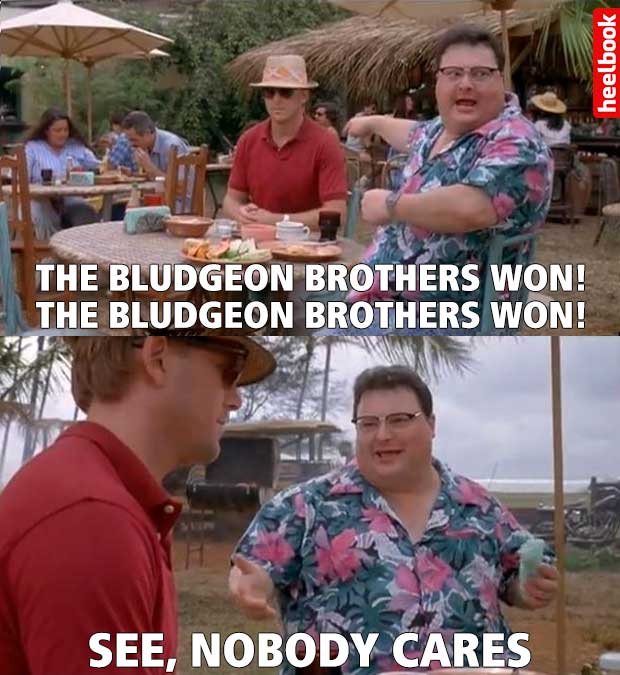 The rigorous fanboy in me calls bovine excrement on this one. 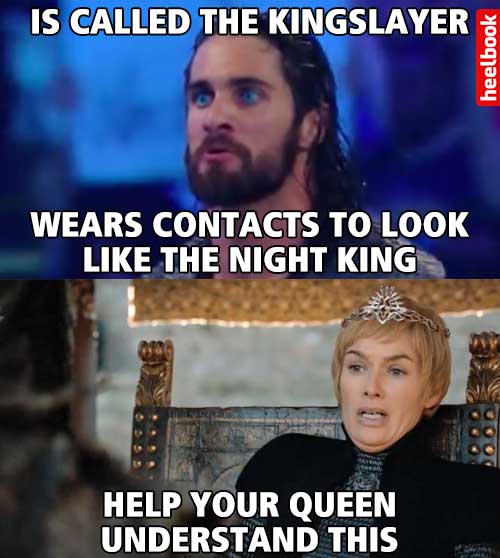 Credit where it’s due. A nice accolade to have. I did expect Balor to win it here and have Seth chase him though. 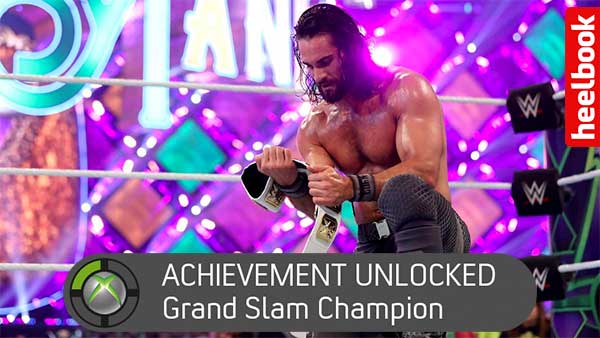 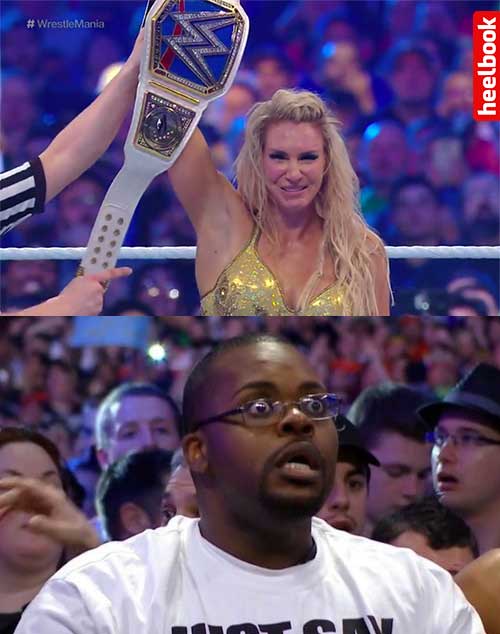 Here’s a bad one. 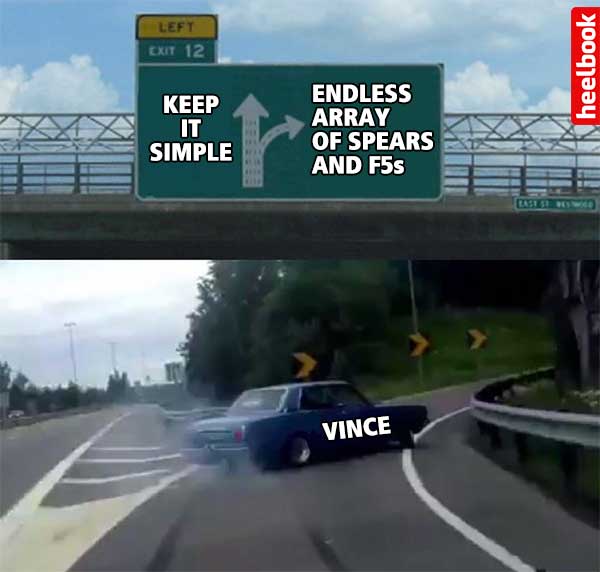 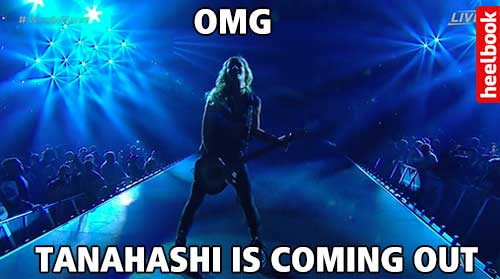 … but we need to address this whole Braun picks Nicholas thing: 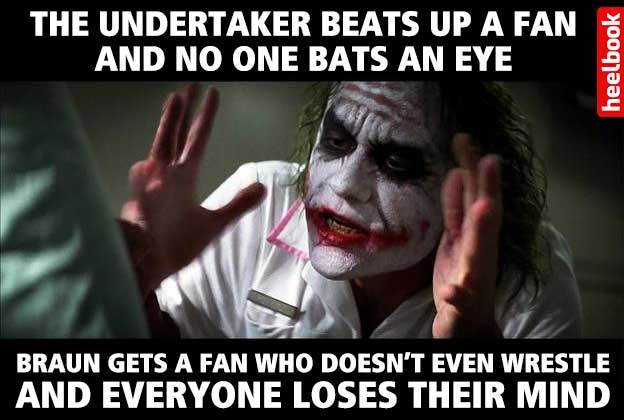 As a huge Bryan fan, this was pretty emotional. And you could tell it was especially emotional for him, the very moment he came out. That said, I’m not crying. You’re crying! 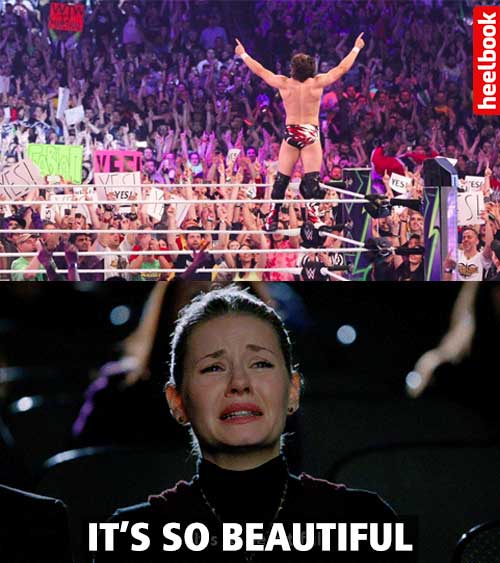 No wrestling fan, no matter how insane and supportive, can keep interacting and screaming and applauding for hours on end. 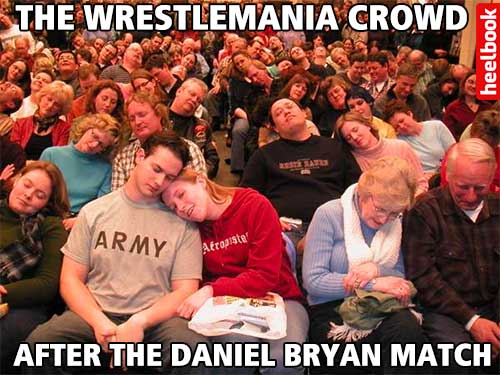 … there was an ECW fan section just for these moments. We’ve been treated to an identical match over and over again. 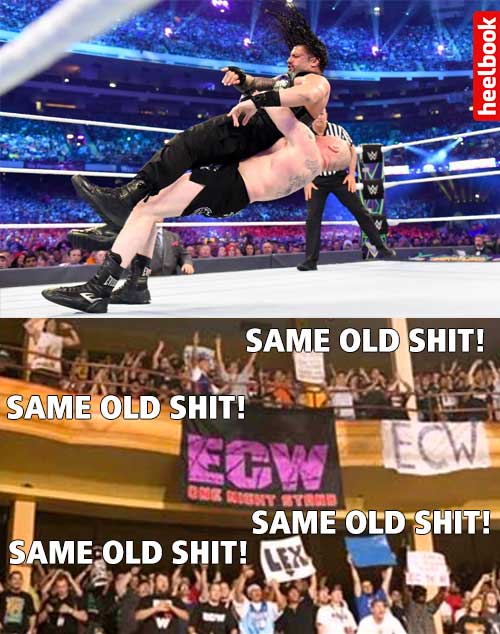 Did you hear that roar when Brock won? 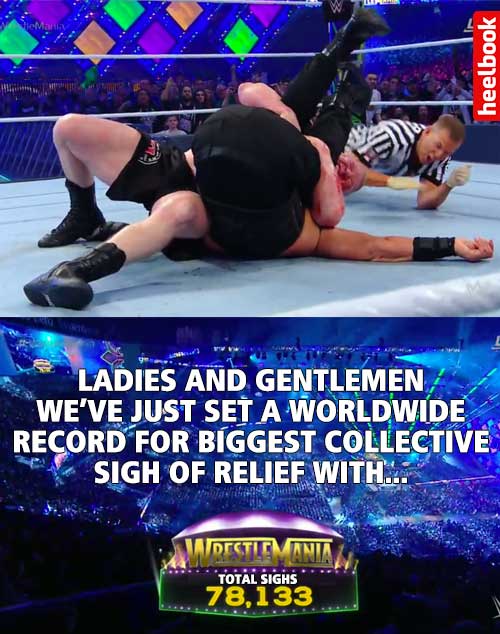 Very good showing for Ronda. She may have had a match tailor-made for her, but she also had a lot of pressure on her to perform. A clear win here on every level. I almost feel like saying: 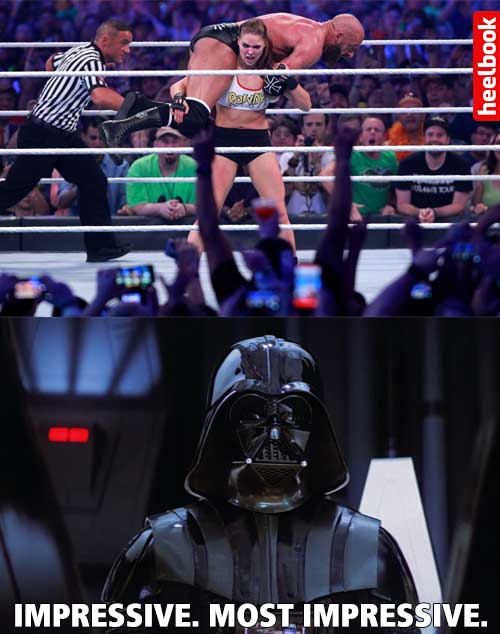 That’s it for me. What did you think of Mania?

Heelbook is a former social media page, now hellbent on wreaking havoc on the Internet.
Related Itemsfeatured
← Previous Story Royal Rumble 2018 in 13 Memes that point to the Wrestlemania logo