WWE Payback 2017 is in the books. Now we recount the tale. If you’ve recovered from the Drinking Game, that is.

1. First, a Piece of History 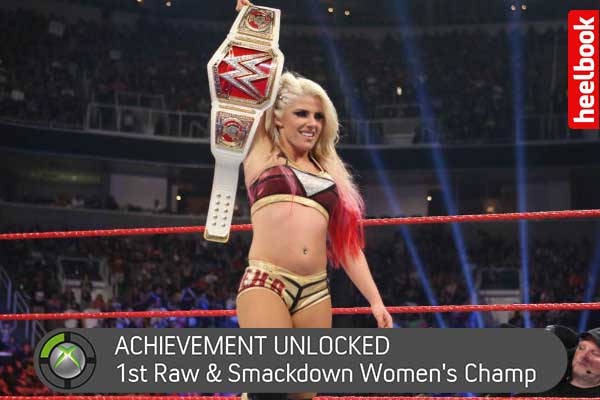 Alexa gets there before Charlotte, which is a very good decision, given she’ll benefit more from it than Charlotte, who seems to be a bit of an “achievement magnet”, going through accolades like Pac-Man goes through dots.

Alexa wrestles, talks, and acts like a championship-level star. And now, she can act like the first star to hold both women’s titles.

Wondering how Orton made it to the arena at the same time as Bray, even though he was under a fridge and had no car?

Well, my friend, the answer is quite simple: 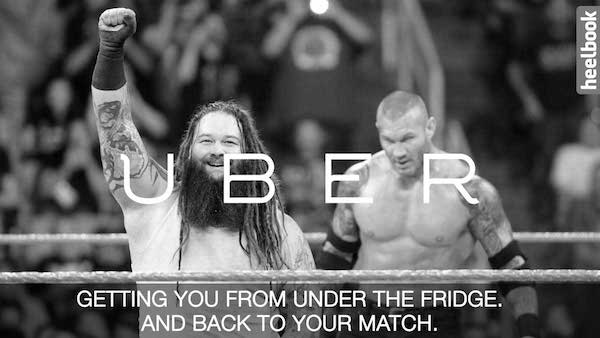 … these supposedly run-of-the-mill, coffee-and-cake-run PPVs that WWE gives little to no anticipation or build to, but end up packing a punch? I’ve seen this enough times to start thinking this is done on purpose.

Actually, if I close my eyes, I can imagine this face: 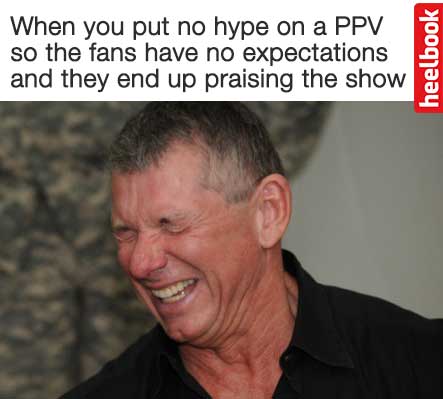 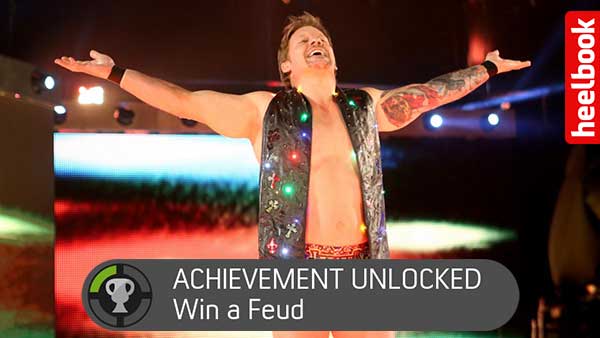 How many times have we thought, said, wrote, screamed that Jericho is so unselfish it hurts?

Well, it took a while, but welcome to WWE Payback 2017, where The Man With A List defeated a former World Champion cleanly and with his finishing move. Working the finger worked beautifully to negate the powerbomb, it doesn’t hurt Owens and Jericho certainly benefits the most from winning.

This is one of the things I ask myself all the time in my small indy booking world: who benefits the most and what makes the most sense? Both are so intertwined, they often coincide.

5. The Anthem Owl could sue a Tooth next :S

Jeff Hardy left his match with a “-1” in his Teeth Department.

But Matt knows even that can be worked in: 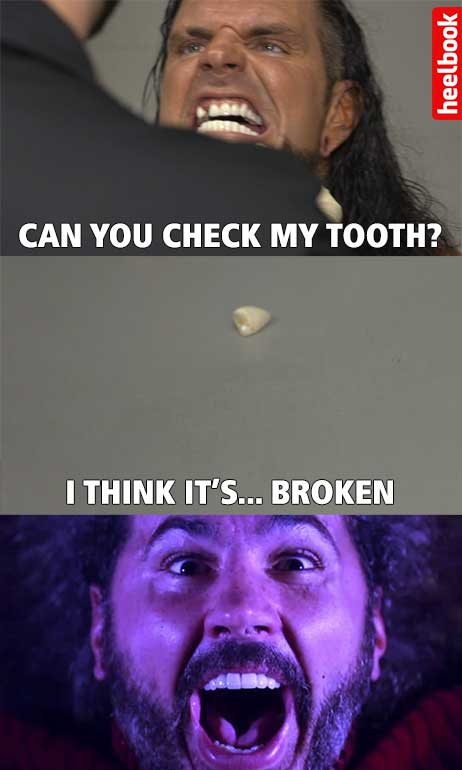 6. And, of course, who can forgot the Pop of the Night: 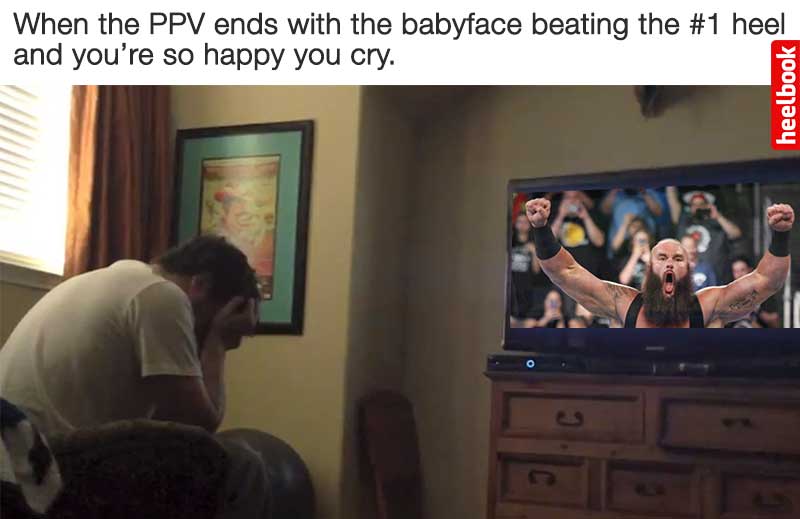 On a serious note, isn’t it weird that Roman cut that 1-sentence-promo-of-his-life after Mania… and then went back to being the same old Reigns?

WWE could have committed to the character that 1 sentence could have brought in. The fact that they didn’t should mean that they either:

First, for only allowing Seth to compete in an unsanctioned due to his knee injury, but having no problem in throwing bulldozed-internal-injuries-Roman in there with an even bigger menace than the one Rollins was facing: 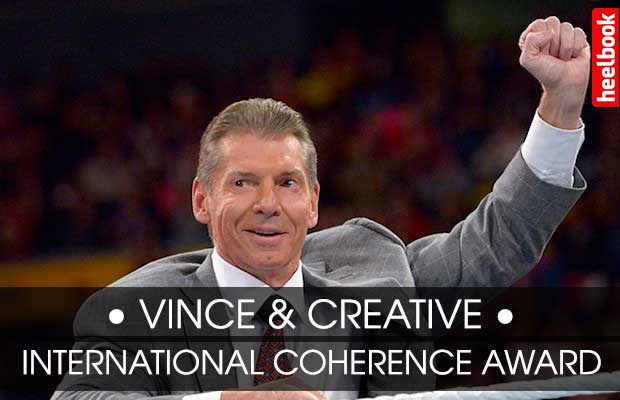 Then, let’s give this man his due. Sold like a champ and keeps performing very highly. Plus, that shot with the metal staircase was… damn! 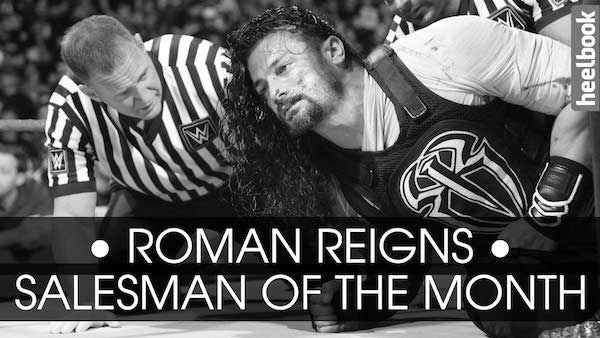 Roman is quite possibly the best example of a crowd booing the character, not the performer.

The man works like a mule, clearly has the tools, but was booked into a corner by a team who clearly tempered with a wrestler whose optimum path was pretty simple and straight-forward: Reigns is (or was, pre-Vince push) an action hero, the kind that can kick ass the entire movie without saying five words. And he doesn’t need too.

Finn, we all love you. But this came to me 0.6 seconds after I saw the picture: 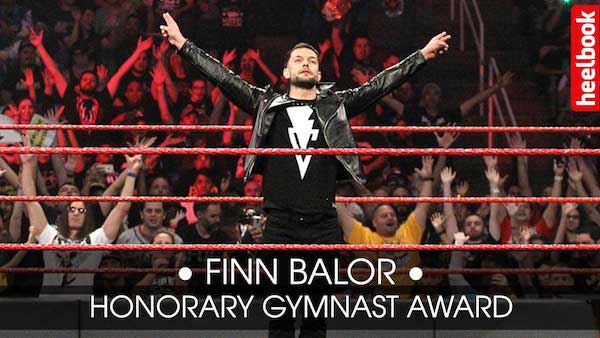 And finally, for the man with that Roddy Piper-esque ability to generate interest in any story and any wrestler, for the man who entered WWE Payback 2017 with a mere Kick-Off appearance: 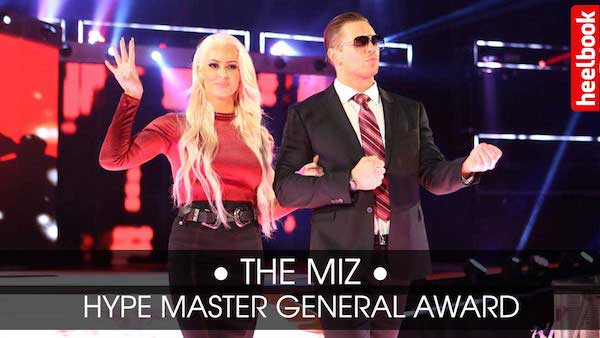 That is all for today.

If you wish to keep Heelbook alive

Visit the site of the world-famous Heel Turn shirt and see if anything measures up to your heel apparel needs: 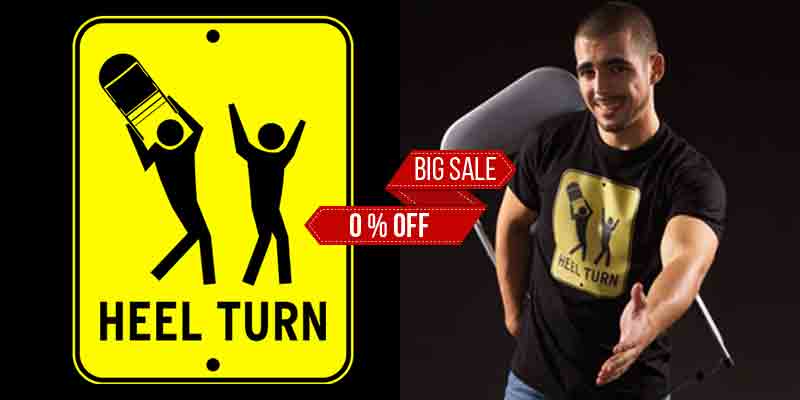 Take advantage of that (heel) discount now, while you can, either at the US Store or the UK Store.